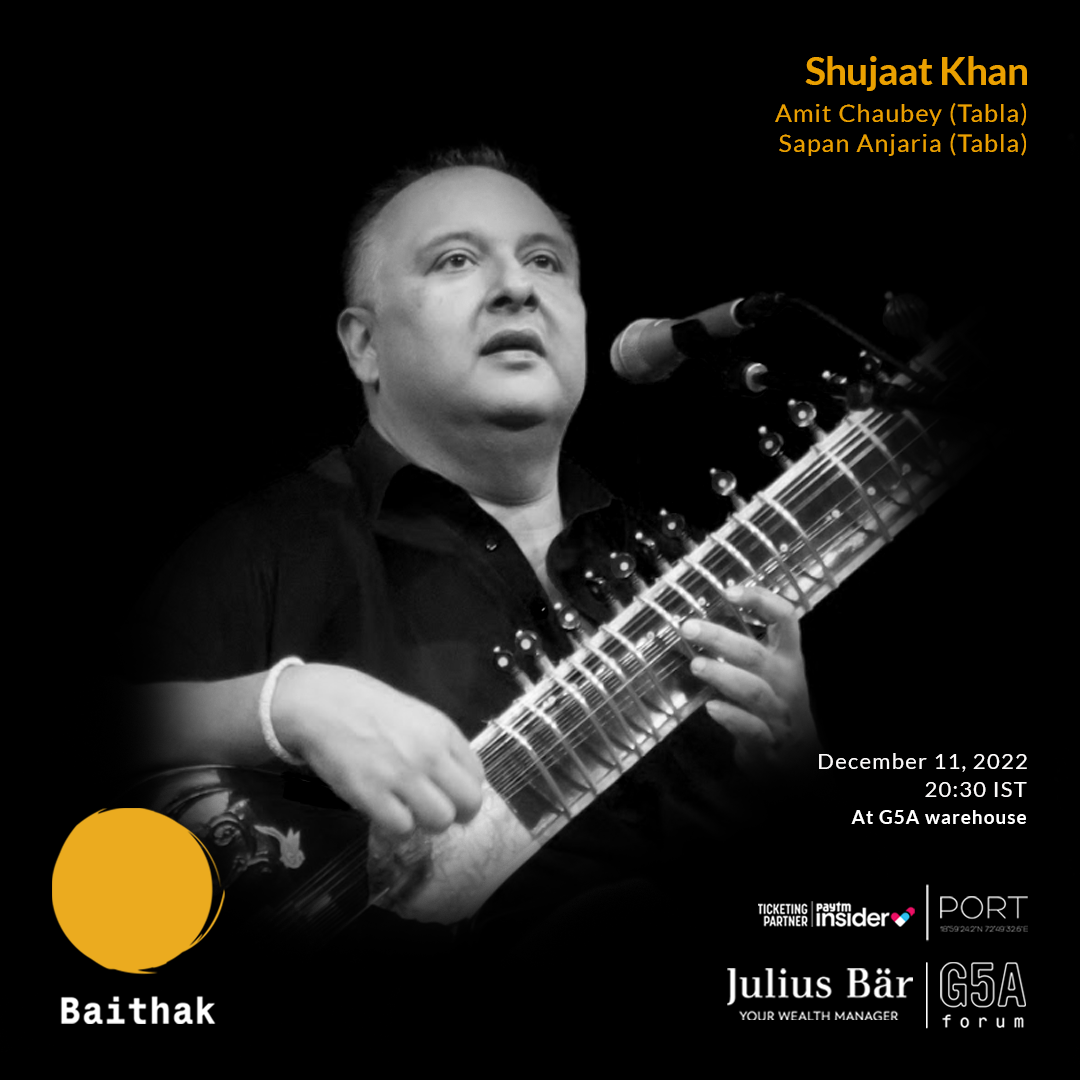 We begin season 02 of Baithak with Shujaat Khan.
Shujaat Husain Khan, an exponent Sitar player, is one of the greatest Hindustani Classical musicians of his generation. He belongs to the Imdad Khan gharana of the sitar and his style of playing, known as the gayaki ang, is imitative of the subtleties of the human voice.

Baithak, a traditional concert series, creates an intimate space which embraces the subtle, unspoken moments between artist, instrument, and audience.

The concert will be hosted at the G5A Black Box which has been carefully designed for a pristine auditory experience.
The evening will continue with a conversation with the artist at PORT Kitchen & Bar.