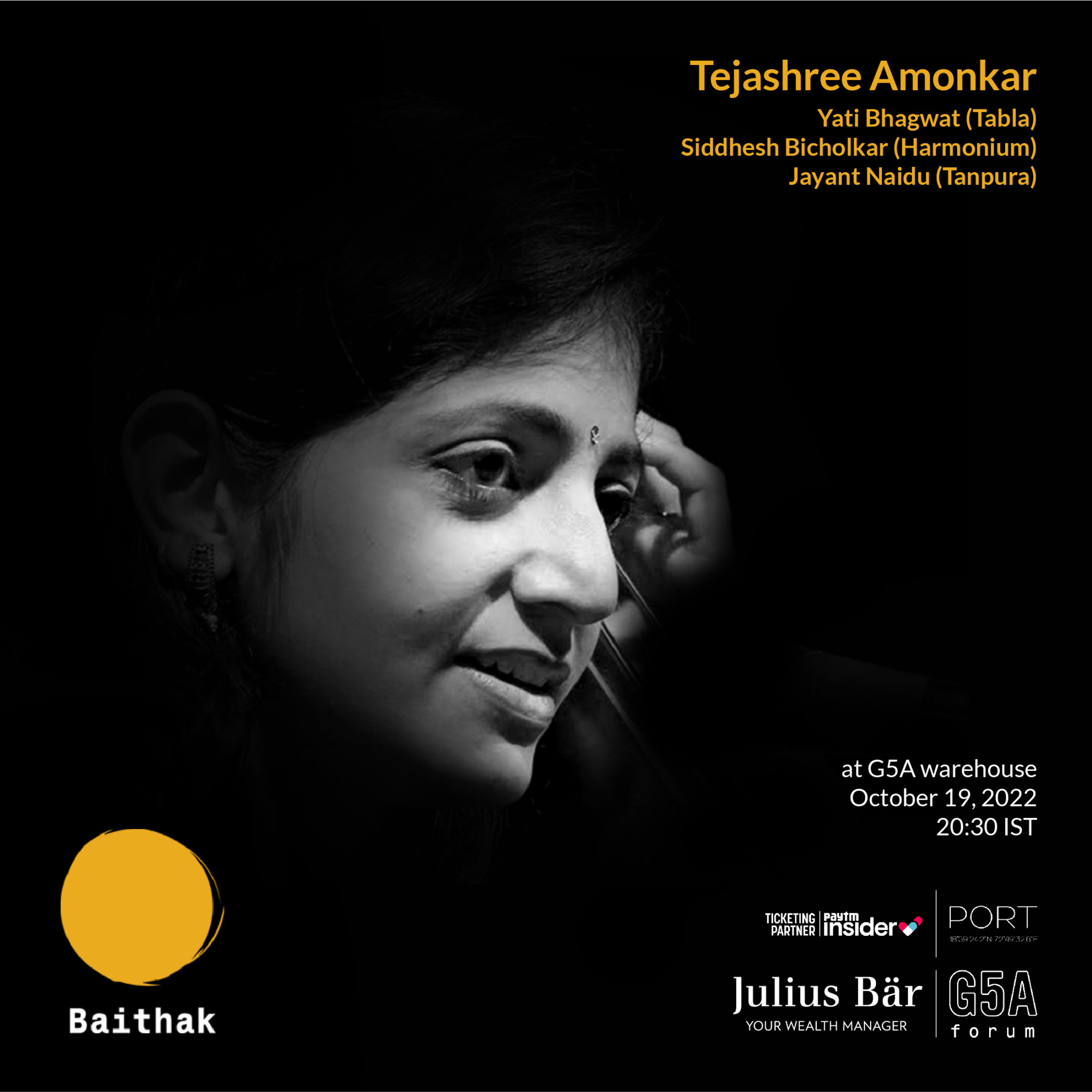 We begin this season’s Baithak with Tejashree Amonkar as she presents ‘Raag Raageshree’.

Baithak, an immersive concert series, creates an intimate space which embraces the subtle, unspoken moments between artist, instrument, and audience.

The concert will be hosted at the G5A Black Box which has been carefully designed for a pristine auditory experience.

“Every Raag depicts a particular atmosphere. My rendition would be focused on attempting to recreate that atmosphere, in a style unique to my guru GaayanaSaraswati Smt. Kishori Amonkar, which does not conform to the limitations of any one gharana, with the sole focus being the ‘Raag Bhaava’”, shares Tejashree.

About Tejashree Amonkar:
Tejashree grew up in an ambience of Taal and Sur in the midst of the hustle and bustle of Mumbai.
As a baby she would cuddle up to her great grandmother, the legendary Gaana Tapaswini, Late Smt. Mogubai Kurdikar, where she unknowingly absorbed laya, taal and sur.
After curtailing her creative tilt towards Fashion Designing, Tejashree has concentrated her creative aspirations towards music under a guru none other than her grandmother Gaana Saraswati Late Smt. Kishori tai Amonkar. With two preceding generations of one of the highest cadres of Indian Classical Vocalists of the Jaipur-Atrauli Gharana, Tejashree has set her eyes on following and furthering the invaluable tradition of Hindustani Classical Music.

After the concert, we continue conversations with Tejashree at the community table at PORT Kitchen & Bar over cocktails and a delectable menu!