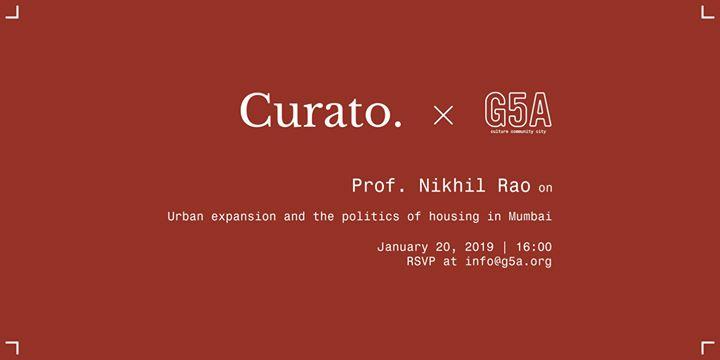 Announcing a lecture series that focuses on bringing out cutting edge scholarship in the social sciences and the humanities in a manner that is accessible and interesting to a general audience.
The second lecturer is Dr. Nikhil Rao, who will present on Urban Expansion and the Politics of Housing in Mumbai.

The talk will begin with a discussion of his book, House, But No Garden, and present the three main innovations in urban life pioneered in the new suburbs of Bombay in the 1920s and 1930s: in patterns of land acquisition, new built forms, and new ideas of community. He will then go on to talk about how this work opened up further questions — about urban lands and the changing nature of urban property — that are the focus of his current work.

Entry free and open to all. RSVP at https://goo.gl/o8YzZS

Nikhil Rao is Associate Professor of History at Wellesley College. His book titled House, But No Garden: Apartment Living in Bombay’s Suburbs, 1898–1964 was published by the University of Minnesota Press in 2013. He is also the co-editor, with Douglas E. Haynes, of a special issue of the journal South Asia titled “Beyond the colonial city: Re-evaluating the Urban History of India, ca. 1920-1970.” (September 2013.) His current work focuses on changing meanings of urban property in Indian cities.