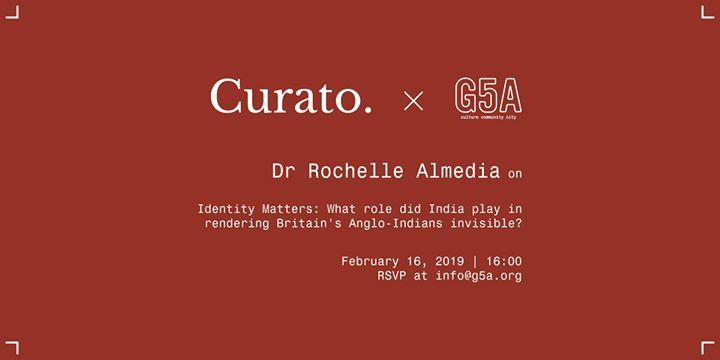 Announcing a lecture series that focuses on bringing out cutting edge scholarship in the social sciences and the humanities in a manner that is accessible and interesting to a general audience.
The third lecturer is Dr. Rochelle Almeida, who will present on Identity Matters: What role did India play in rendering Britain’s Anglo-Indians invisible?

Entry free and open to all. RSVP at info@g5a.org

She was awarded the Provost’s Global Research Initiatives Fellowship at NYU-London in Fall 2016. An active scholar, her list of publications include three monographs and three edited anthologies. Her most recent book, an anthology of essays presented at a conference on Goa at Yale University, was published in 2018.