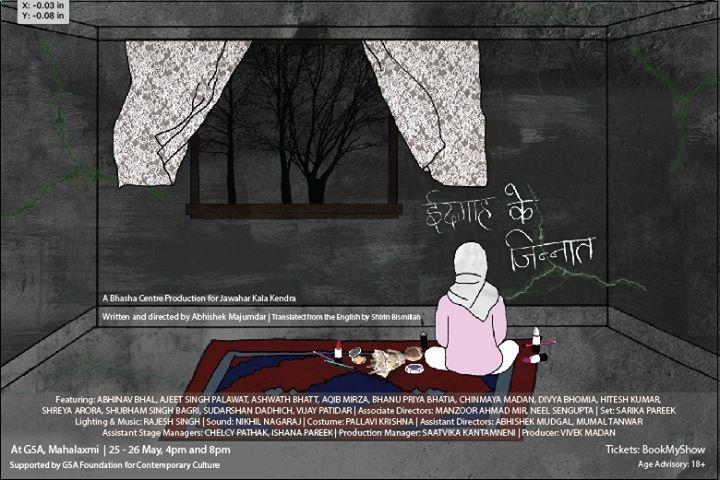 Bhasha Centre’s premier production – commissioned by Jawahar Kala Kendra – is Eidgah ke Jinnat by Abhishek Majumdar and translated from the English by Shirin Bismillah.
The English version of the play opened at Writers’ Bloc in Bombay in 2012 and also saw a London production at the Royal Court Theatre. Both of these were directed by Richard Twyman, from the RCT.
This is the first Hindi production of the play and features an ensemble cast mostly from Rajasthan.

SYNOPSIS:
Ashrafi and Bilal are orphaned siblings stranded and defined by the troubles in Kashmir. 18 year old Bilal is the pride of the region, part of a teenage football team set for great heights, and pushed to the limits by the violence around them. Haunted by hope, his sister is caught in the past, and Bilal is torn between escaping the myths of war and the cycles of resistance.
Interweaving true stories and testimonies with Islamic storytelling, the play paints a magical portrait of a generation of radicalised kids, and a beautiful landscape lost to conflict.