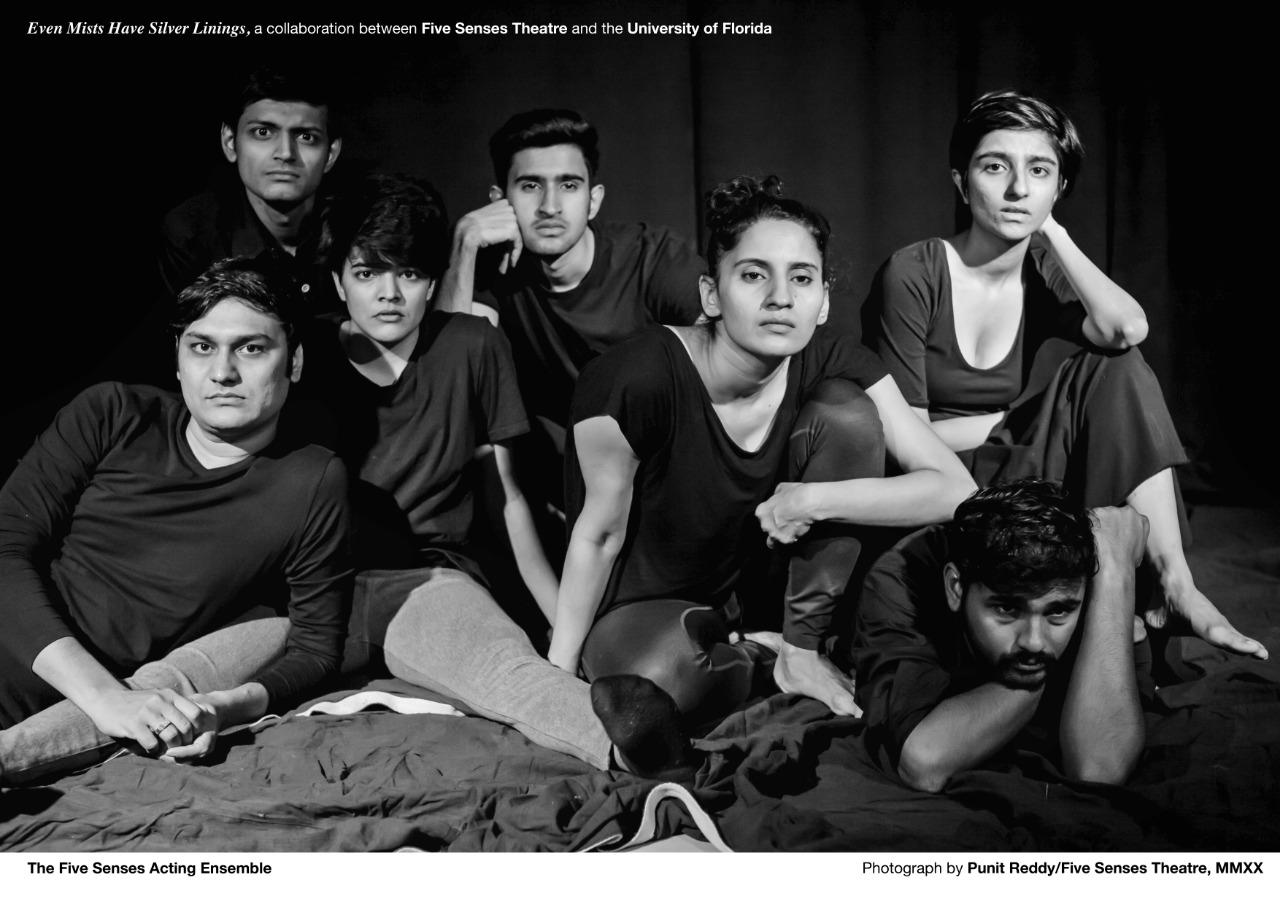 Five Senses Theatre in association with G5A Foundation for Contemporary Culture is proud to present the opening run with 6 shows of Even Mists Have Silver Linings this March at the G5A Black Box!

The project has been created in association with G5A Foundation for Contemporary Culture
Residency support: The Company Theatre Workspace
Audience Research Partner: The Humsafar Trust, Mumbai

Synopsis
Low visibility in a fog mirrors how queer people in India, for generations, had no concept of others like themselves. The mists that obscured them from each other also gave them the space to remain hidden. Along with the furtiveness came thin slivers of hope, and the aspiration of a future in which the clouds would clear. In Even Mists Have Silver Linings, we encounter a diversity of people — transgender parents separated from their children, gender non-conforming adventurists, cloistered housewives opening up to desire, fierce warrior princesses raised as men, and young urban millennials in same-sex love grappling with both loss and fulfillment.

About the new Indo-US Theatrical Collaboration
Even Mists Have Silver Linings is an international collaboration supported by the US Consulate General Mumbai to develop and document a theatre performance that addresses LGBTHQIA+ issues of identity and stigma in India, and activates audiences to change their attitudes towards these populations. The project owners are Jeffrey Pufahl and Will Weigler of the University of Florida, and Hardik Shah of the Mumbai-based Five Senses Theatre. The creative process of the play involved intense psychophysical direction by Victor Thoudam, an original open script by Vikram Phukan, and staging scenarios and texts devised by actors using community-based research and Will Weigler’s techniques as detailed in his dissertation, The Alchemy of Astonishment. The making of the play is the subject of an independent documentary by filmmaker Malati Rao.

About Five Senses Theatre
In this digital age where one needs a keypad to express, emoji to emote and a screen to observe; we at Five Senses Theatre believe in the ancient and the organic. We strive to engage all the senses in order to find true expression — exploring, creating, learning, and sharing with utmost sensitivity in the physical presence of each other. The group has been co-founded by Hardik Shah, and began as an ensemble of National School of Drama alumni seeking to create new performances using collaborative and symbiotic processes. Apart from creating plays like the Hindi adaptation of Manuel Puig’s Kiss of the Spider Woman or the devised physical comedy The Job, we conduct workshops and training programmes for actors, corporate groups and NGOs.

Learn more about their process and work on their blog.