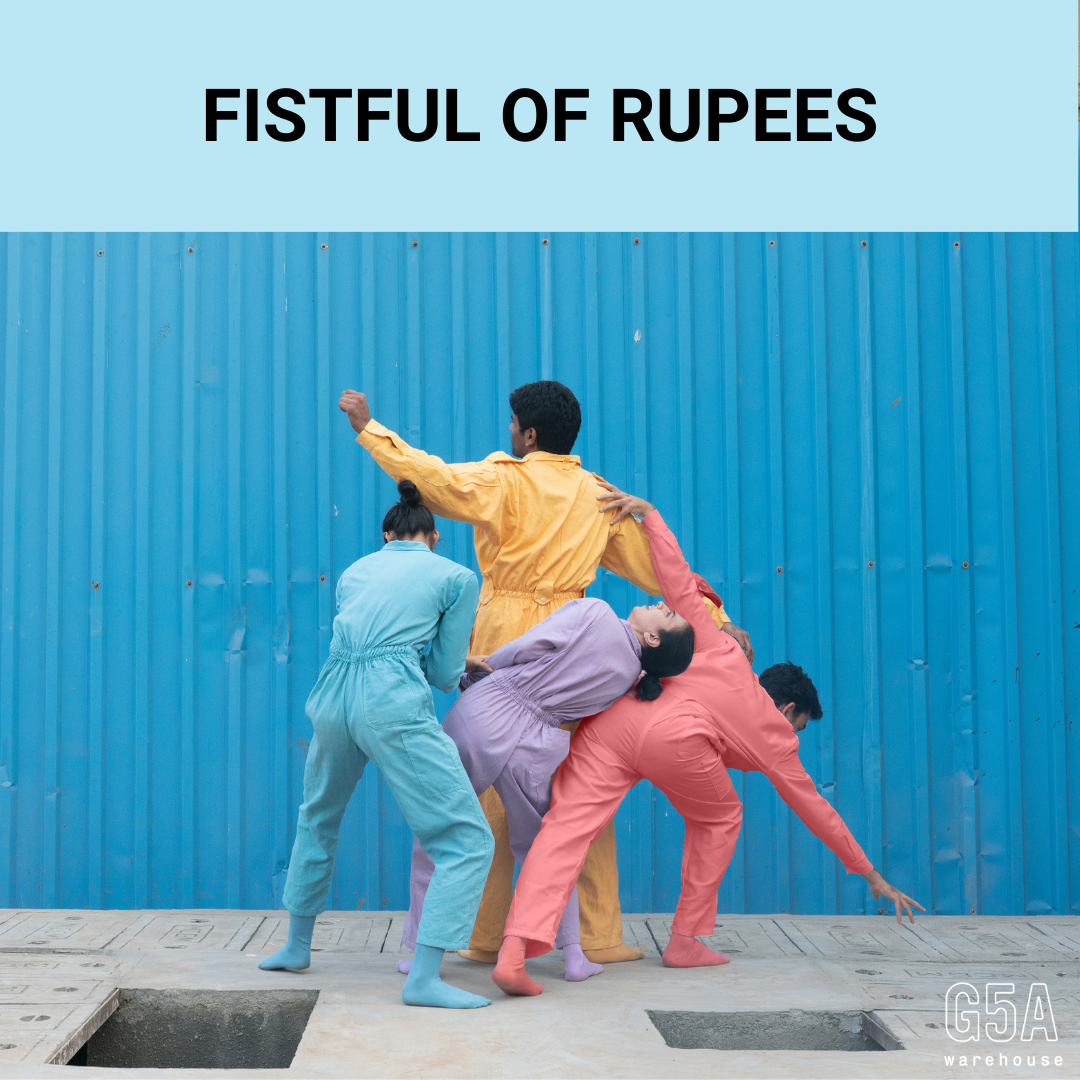 Raghav shows up in Mumbai without much of a plan. After living in quiet and orderly Singapore for many years, Mumbai comes as quite a shock. Everything feels heightened, louder, brighter, impossible to ignore. He fights the absurd loneliness of the crowded city with lots of laughter, and some bravery.

A Fistful of Rupees considers the idea of what it means to truly ‘arrive’ in this expansive and yet tiny world. The protagonist Raghav shows up in Mumbai without much of a plan, and throws himself headlong into the ruckus. Flitting between grim realism and outright absurdist humor, the play is both an ode to Mumbai’s overpowering personality, as well as a heartfelt journey of a young person navigating opportunity and despair with equal earnestness.

At some point, Raghav must decide whether he wants to continue to spectate and observe, or finally jump in as well. His almost lonely journey is one that challenges his concept of self? Where does he truly belong, and what path should he take?