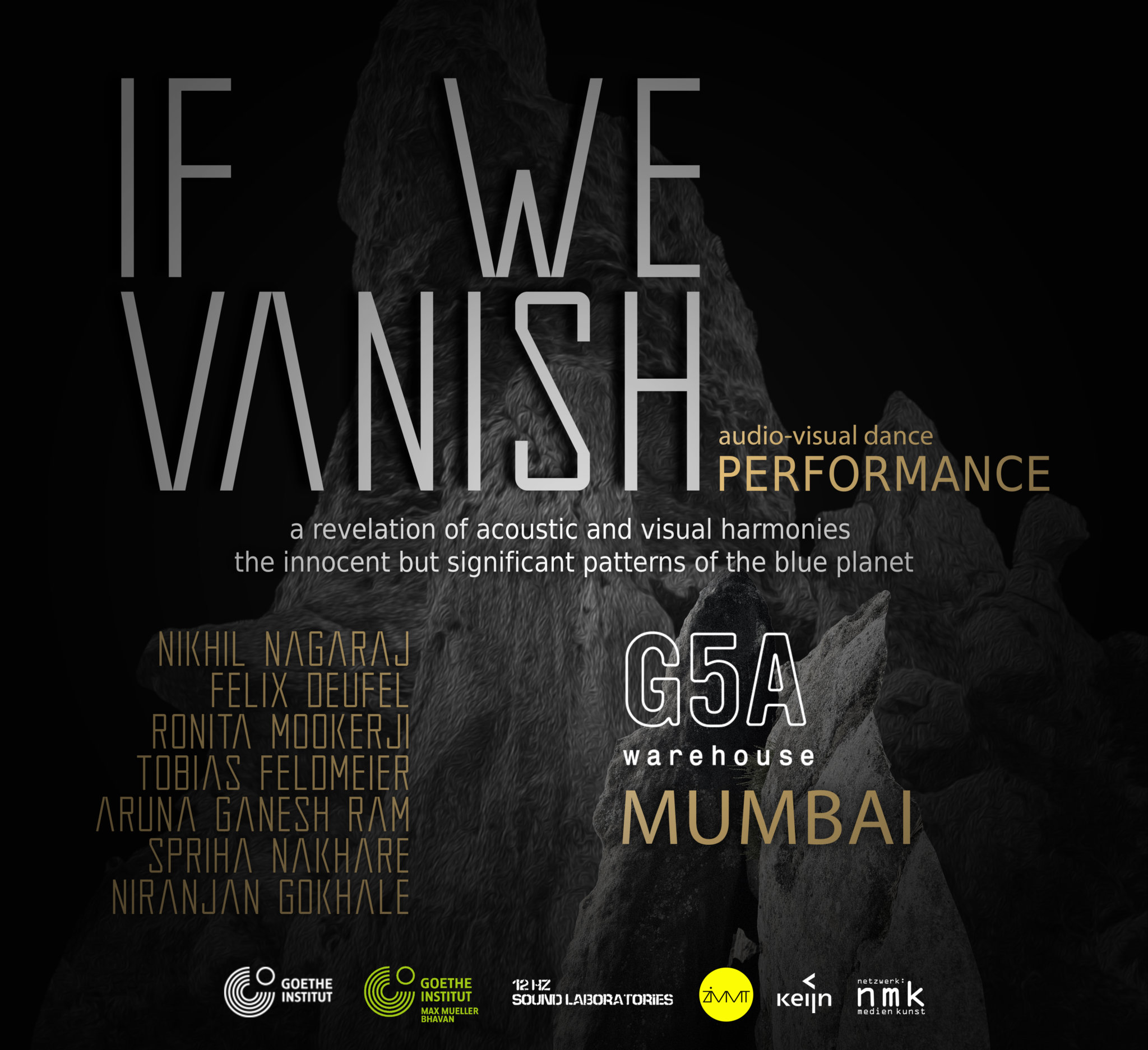 If We Vanish is an immersive audio-visual and contemporary dance performance presenting an artistic study about some of the most quiet and secluded places in the world. The project was initiated by Nikhil and Felix following a series of audio field recordings of these isolated spots. The two, along with a solo performer, explore the aesthetic representation of these endangered soundscapes and further scout its potential of mutations, which can be caused by the impact and presence of mankind. In the performance this second layer of transforming the space and its characterisation is derived by tracking the body and gestures of the dancer. It can be seen as the interactive variable, which interpolates in a purely natural dataset, and which of course will appear in several states of awareness.

A three-dimensional interstice created by spatial sound arrangements and a depth-generating projection mapping surrounds the audience and will aurally and visually transport them into a tropical jungle, the middle of a desert or into the dark of one of the deepest caves in the world. This performance, presented in a 3D audio format, showcases the most pristine, untouched ecologically diverse environments, which have been excluded from human interactions for thousands of years but are now in danger of becoming non-existent.

Bangalore-based dancer Ronita Mookerji performs inside an audio-video-light reactive environment. The use of body in electronic music and the transformation of additional content through gestures are key features of this piece, which aim at empowering the performer and the interaction with the audience.

Nikhil Nagaraj (Bangalore, India) and Felix Deufel (Leipzig, Germany), two sound artists and sound engineers have been collaborating since 2017 in the field of 3D audio research and production. Both share a strong fascination for the human aural perception, the hearing. Their concepts and works intersect design, technology, science and philosophy. Experiments with spatial sound in pitch-dark rooms, fading out visual stimulus completely gave the artists crucial, hallucinating experiences. In their works they explore the influence of sound and music on emotions and pictures, the narrative and memory power of sound and its enormous impact on perception of space. The other collaborator in the production is Tobias Feldmeier from APNOA (visual artist). Feldmeier will create the stage design and visual content by analysing the data gathered during research expeditions, while also developing the tracking and interactive system of the performer’s gestures and presence in the environment.