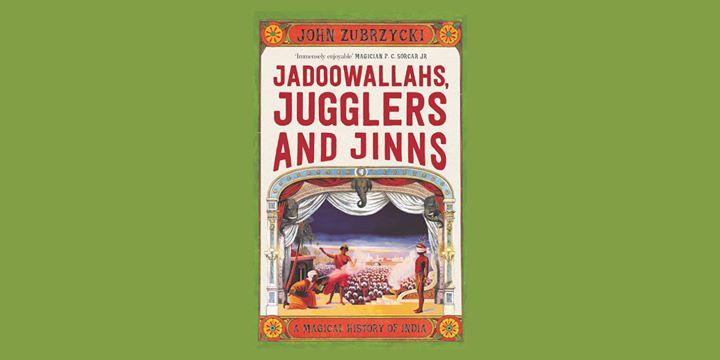 Jadoowallahs, Jugglers and Jinns: A Magical History of India

Join us for the launch of Jadoowallahs, Jugglers and Jinns: A Magical History of India. The book will be launched by author #JohnZubrzycki, followed by a presentation by him and a discussion with Sidharth Bhatia. The evening will feature performances by magicians Adam Mada – Making Magic & Magician Mhelly Bhumgara. The program is presented by the Australian Consulate-General, Mumbai in association with Pan Macmillan India & G5A

Entry free and open to all. RSVP at rsvpmumbai@dfat.gov.au

The program will unfold as follows:

Synopsis of the book:

India’s association with magic goes back thousands of years – from the seals of Mohenjodaro that depicted sorcerers and yogis, to the jugglers and acrobats that dazzled spectators at the courts of Hindu maharajas and Mughal emperors. Tales were told of ropes being thrown up in the air, strong enough for a boy to climb; of fakirs being buried alive for months and brought back to life; and of sanperas charming deadly cobras with their flutes. In the early nineteenth century, touring Indian magicians mesmerized audiences abroad, prompting generations of Western illusionists to emulate them. Jadoowallahs, Jugglers and Jinns: A Magical History of India tells the story of how Indian magic descended from the domain of the gods to become part of daily ritual and popular entertainment, and its transformation from the street to the stage culminating with the rise of the great P. C. Sorcar Sr.

We look forward to seeing you!