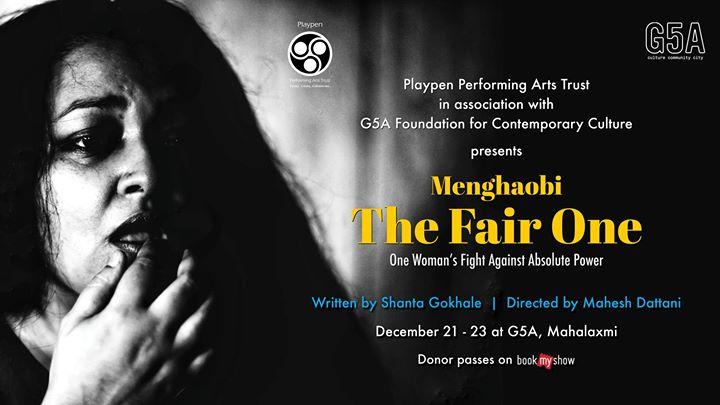 Through the naive eyes of a daughter of an army officer, and a storyteller with his band of musicians, we hear the story of Manipur, its present situation and the presence of its most charismatic activist, Irom Chanu Sharmila. The play is about a complacent middle-class homemaker in Delhi questioning India’s most revered political activist and her struggle. Irom Sharmila has spent 16 years fasting to repeal Armed Forces (Special Powers) Act (AFSPA) in Manipur and stop political violence in India’s insurgent states. In a dramatic reversal, Irom begins to have second thoughts on the future of her movement, whereas the woman has found her compassionate gaze. Will she succeed in convincing Irom Sharmila to further her cause, or let her go on the path to personal happiness in matrimony? The play navigates through the uncertainties of Menghaobi’s (Irom Sharmila, as she is fondly called by the people of Manipur) future and the states affected by the AFSPA act. Written by renowned novelist, playwright, cultural critic and theatre historian, Shanta Gokhale and directed by Sahitya Akademi winner, playwright, director Mahesh Dattani, Menghaobi is a thought-provoking play that engages through its quick-witted protagonist’s personal and political journey. It also questions the mainland Indian’s perspective of who is included in the nation called India.