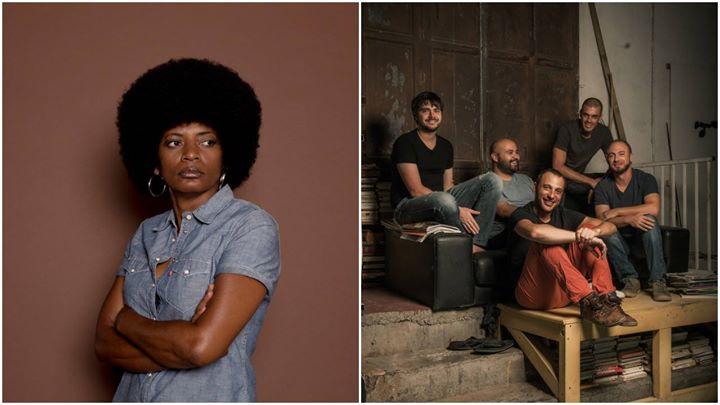 Réunion Island is a French overseas territory which shares cultural and historical ties with India. ‘Musical Greeting from Reunion Island’ is a national music tour celebrating the rich culture of this French island, located in the Indian Ocean.

The concert features Christine Salem, who sings maloya, dangerous tunes that rouse the spirits and challenge the authorities and Grèn Sémé whose music brings together Maloya Eletrique, World, Slam, and Dub.

About the Artists:
Christine Salem is one of the few female voices and an emblematic figure of Maloya. A unique style and incredible energy on stage that earned her the honors of the international scene and a ranking in the top 10 concerts of the New York Times.

Grèn Sémé is a band from the Reunion Island, and their music is an interesting mix of Maloya Poetic & World Dub.
Between rock poetry, pulsations dub and ternary rhythms, Grèn Sémé invents a totally new song where Creole and Maloya from La Réunion meet at Brel, Bashung and Noir Désir. The band is one of the most original voices of the new Francophone scene.