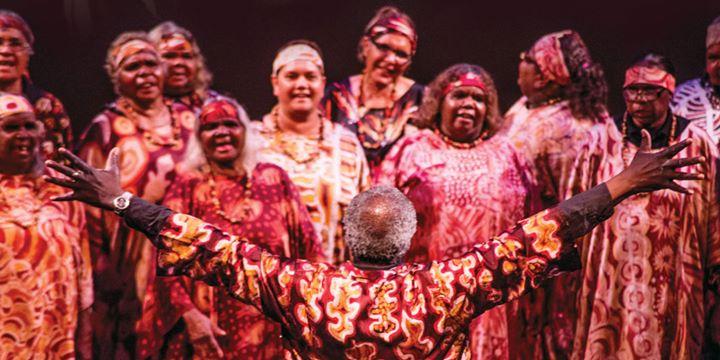 Join us for a film on four generations of song women that make up the Central Australian Aboriginal Women’s Choir and their historical journey. The screening will be followed by an interactive conversation with the film’s writer, director and producer Naina Sen, moderated by author and journalist Deepanjana Pal.

Presented in association with the Australian Consulate General in Mumbai.

In the obscure churches of remote Central Australia, a hidden musical legacy of ancient Aboriginal languages, sacred poetry and baroque music is being preserved by four generations of song women who make up the Central Australian Aboriginal Women’s Choir. Against all odds and with the help of their charismatic conductor, the choir embarks on a historic tour of Germany to take back the hymns that were given to their great grandparents by German missionaries, now sung in their own Aboriginal languages. Together they share their music and stories of cultural survival, identity and cross-cultural collaboration. Come on an adventure as the unlikeliest band on earth goes on tour to the other side of the world!