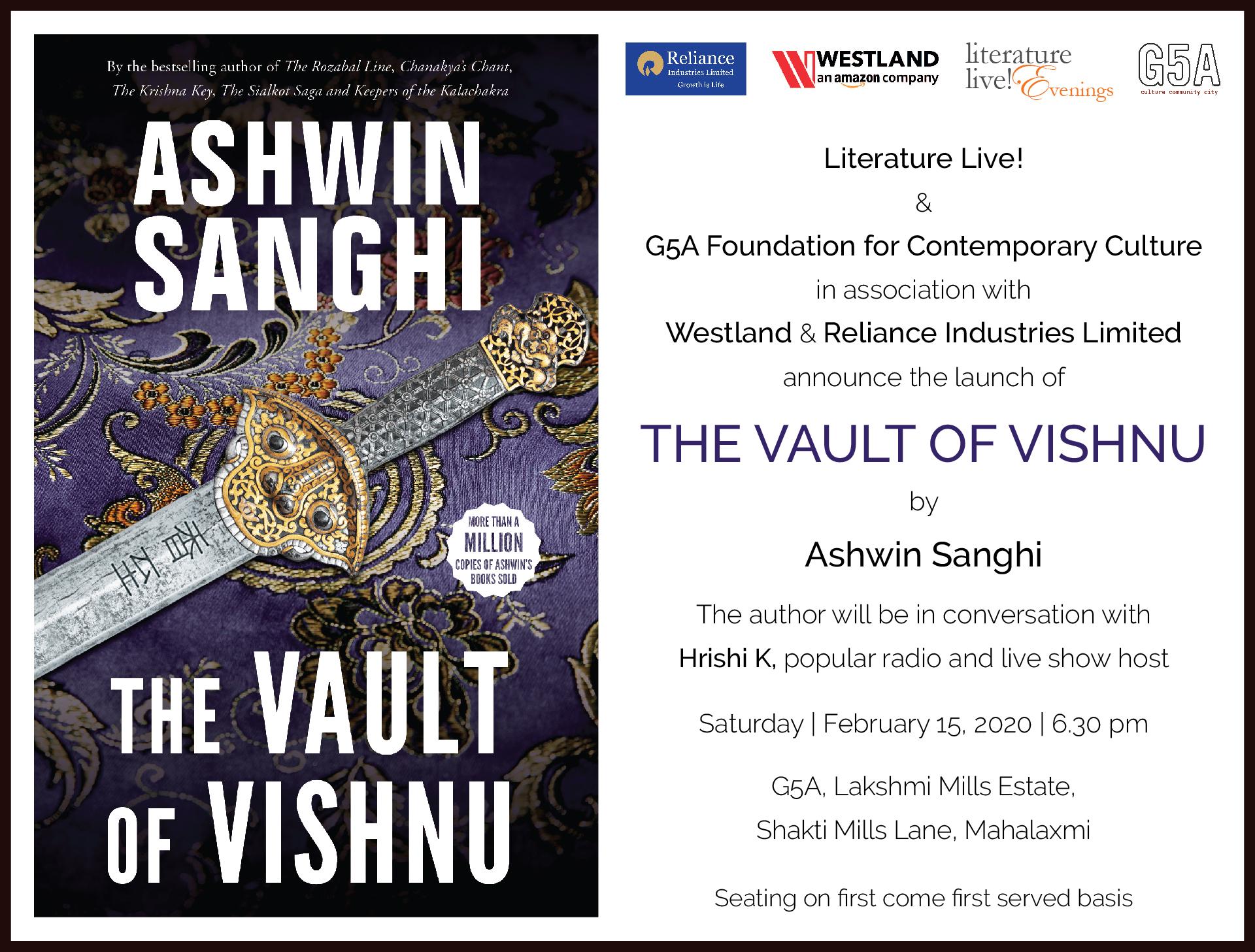 The Vault of Vishnu by Ashwin Sanghi | Book Launch

One of India’s bestselling English fiction authors, Ashwin Sanghi launches The Vault of Vishnu presented by Literature Live! in association with G5A.

Entry free and open to all. RSVP mandatory at Insider.in

A Pallava prince travels to Cambodia to be crowned king, carrying with him secrets that will be the cause of great wars many centuries later.

A Buddhist monk in ancient China treks south to India, searching for the missing pieces of a puzzle that could make his emperor all-powerful.

A Neolithic tribe fights to preserve their sacred knowledge, oblivious to the war drums on the Indo-China border.

Meanwhile, far away in the temple town of Kanchipuram, a reclusive scientist deciphers ancient texts even as a team of secret agents shadows his every move.

Caught in the storm is a young investigator with a complex past of her own, who must race against time to maintain the balance of power in the new world.

Welcome back to the exciting and shadowy world of Ashwin Sanghi, where myth and history blend into edge-of-the-seat action.

Ashwin Sanghi ranks among India’s highest-selling English fiction authors. He has written several bestsellers (The Rozabal Line, Chanakya’s Chant, The Krishna Key, The Sialkot Saga, Keepers of the Kalachakra) and two New York Times bestselling crime thrillers with James Patterson, Private India (sold in the US as City on Fire) and Private Delhi (sold in the US as Count to Ten). He has also co-authored several non-fiction titles in the 13 Steps series on Luck, Wealth, Marks, Health and Parenting. Ashwin has been included by Forbes India in their Celebrity 100. He is a winner of the Crossword Popular Choice Award 2012, Amazon India Top-10 eBook 2018, Atta Galatta Popular Choice Award 2018, WBR Iconic Achievers Award 2018 and the Lit-O-Fest Literature Legend Award 2018.