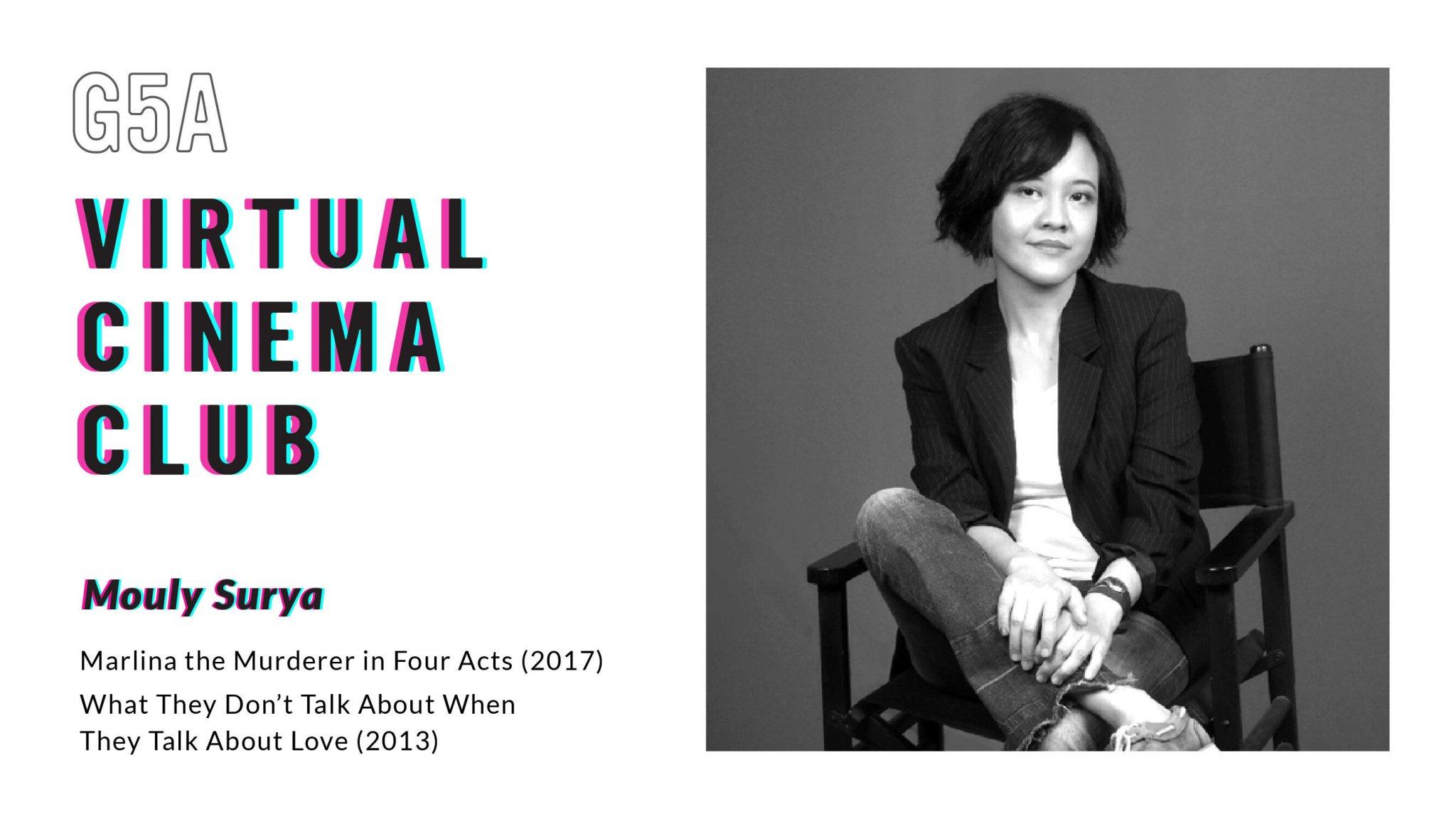 This week’s director is Mouly Surya  (Indonesia), and the films we’re watching are:

This Saturday at 21:30 (and every Saturday), join us on Youtube LIVE (@g5afoundation) , where Neeraj Jain and Ishan Benegal will discuss the week’s films online. We’d love to have you join the conversation whether you’re able to see the films or not.