I had a vivid and telling dream on the night of April 29th, 2021 that transported me back to school. A classroom full of my old mates and friends whom I haven’t seen or spoken with for almost a decade. I was wearing my all white school uniform – short-sleeved shirt and a skirt ending right above my knees. I entered the classroom where the teacher and my fellow classmates were already seated. Nothing unusual so far, except the fact that I was bald. Beaming, with a stride in my step and a neatly shaved head – actions I don’t associate with my years at school.

I went to a school where every part of our body was policed in a way that entombed women within their appearances rather than freeing them of it. Any deviation from the prescription was seen as a deep rooted flaw in our being. Even though the uniform was the same, its diktats changed for each body type. Gradually, during these years, the idea that my virtue was linked solely to how I looked and presented myself, was cemented in my mind.

I was the ‘pretty’ yet ‘prudish’ girl; the girl who never did anything outrageous enough with her physical appearance to command attention. I consciously carried myself and dressed to ensure that no one around me would be displeased –careful not to trespass outside the limits of the “good girl” category. I complied. Pandering to the gaze of teachers, peers, boys, and my parents; and gradually came to believe that I owed my appearance to the externalities of this world.

Having lived with this idea, my dream was cathartic. I don’t remember what my teacher or classmates were doing or how they reacted to being in the company of a bald girl. However, I remember how all that ceased to matter. My narrative had, for years, revolved around physical acceptance and desirability; They were no longer in charge. Pruned, cultivated, negotiated, and criticised for being too much or too little but never enough. For the first time, even if for a fleeting moment entirely in a dream, I felt enough in the body I was inhabiting while also feeling a sense of detachment.

This detachment was not alienating but accepting. Detachment that comes after retiring at the end of a long night of walking, not out of tiredness but instead of contentment. Detachment rooted in catharsis and not in repression.

This dream came to me the night after I cut eighteen inches of my hair from the base of my scalp. I have always had long hair – not knee length but shoulder length which I think qualifies – and that is why perhaps a few of my friends were surprised when I expressed my desire to shave it all off.

“You have such long hair! Would you not want to experiment with a shorter haircut before going all the way to bald-land?” one of them remarked, casually nudging me to reconsider my decision.
“I am not looking at it as an experiment in appearance?” I had replied, not entirely sure about what I was seeking through this decision, if not a new appearance.

Hair is often the first thing we notice when we meet anyone, and has allowed a multi-million dollar industry to flourish. Remember those TV commercials that insisted everything wrong in our lives can be fixed with long, flowy tresses? My gut says that bad hair days feature right below broken hearts in a list of things that provoke writers and artists. Thus it was naturally intriguing for me (and people around me) to understand where this desire to get rid of my hair stemmed from.

Grief? Paranoia from isolation? I struggled to articulate the ‘why’ but this desire grew stronger and stronger. And after a few days, on a Sunday afternoon, I felt the heavy weight of my hair on my head. I was suddenly aware of each strand on my scalp. I initially assumed this heavy headedness to be a symptom of covid-19 and even considered getting tested. However, a few hours later when I stood in front of the mirror combing my hair, I felt an alienating discomfort towards my reflection – it felt like an imposition.

I finally had my answer: I was getting rid of this imposition. It was not the physicality of hair but the value it assumed which I was eager to get rid of.

I am reminded of a cold December morning in 1998, when my father woke me up for one of my biennial haircuts. I was seven years old and, if I can patch the memories correctly, my hair was falling below my shoulders, which I wore as a badge of honour. My parents were raising three children and had no time to plait my hair every morning. So every few months, my hair would be chopped till it fell no lower than my ears. Most women in and around our household had long black hair, except my mother whose hair I can’t remember because she mostly had to cover her head, and I wanted to have hair just like them.

Halke, loosely translated to light – describing the density not the colour – was commonly used to describe my hair. I wondered why when my hair was gathered into a plait, it remained thin, limp, and lifeless and didn’t resemble the thick black plaits that swayed with a mind of their own.

This quality of my hair also kept me on the fringes of what the world deemed pretty. “She has a nice face but oh, look at that hair on her head.” My seven year old self was convinced that the solution lay in the length of my hair. I would be able to transform my hair from Halke to Bhaari (used to describe thick dense hair) if I grew it long. Therefore I resisted the trip to the barber with all the strength in my bones. I cried profusely throughout the ordeal and at the end I found myself with the shortest haircut I had ever had.

I cried myself to sleep for many nights after that.

A few years later, in school, I read an account from the memoir The School Days of an Indian Girl written by Zitkala-Sa, a Native American writer and activist born in the late nineteenth century. The account was part of our english textbook where Zitkala-Sa narrates, in hauntingly beautiful prose, an incident from her childhood where she had to part with her beautiful long hair – a marker of her Native American identity – when she had to join a missionary-run training school run in 1884. Reading Zitkala-Sa brought back memories of that cold winter morning. I was finally able to understand what I was mourning. It wasn’t the loss of hair but the loss of my agency.

I found myself deeply comforted when I read Zitkala-Sa’s account almost fifteen years ago. Zitkala-Sa and I were separated by more than a century, belonged to different continents and cultures, and yet our experiences were so alike despite having completely opposite intentions. Zitkala-Sa was struggling to preserve her traditional identity against hegemony while I was just looking for an opening to assimilate into mine. She was rebelling while I just wanted to conform. However, the fact that we were both denied agency over our respective acts still ties our experience together.

Hair, unlike any other part of our body, is regenerative (nails too, I know). Constantly growing and perhaps, the most dynamic visual aspect of our appearance. And yet, the relationship I have with my hair felt almost stagnated in time. Shaped and dictated by a set of principles I had no control over. Rewriting the rules of this relationship and accepting my hair for what it is, has taken me closer to finding my agency: over my mind; over my body.

I went through school and college secretly trying a multitude of products–elixir oils, density promising shampoos, and all imaginable home remedies–hoping they would help me cross over from the land of halke to bhaari; even though my scientific brain always doubted the potency of these measures.

Then one fine day, I stopped trying, not out of defeat but out of indifference. I was in my early twenties, fresh out of college on shaky ideological grounds, which needed more strengthening than my hair. With the help of some very brilliant women (and a few good men) I met after leaving college, I was able to discover ways that allowed me to explore an identity that wasn’t completely rooted in appearance.That it was still possible to be desirable without conforming to cultural impositions. That being Rekha or Kajol or Aishwarya Rai were not the only options, you could very well be Furiosa.

I would like to think of shaving my head as a climactic moment in this journey of finding acceptance and agency outside of the mould that had been prescribed for me. I have been told that I am ‘courageous’, ‘bold’ and ‘fearless’ for shaving my head. However, it makes me uncomfortable to accept that a simple act of cutting hair – which didn’t involve any physical or mental harm and would probably grow in a few months – would be seen as courageous.

Did I feel brave after shaving my head? No.
I was only consumed by one thought: is the shape of my head perfectly round?
It turns out, it is. 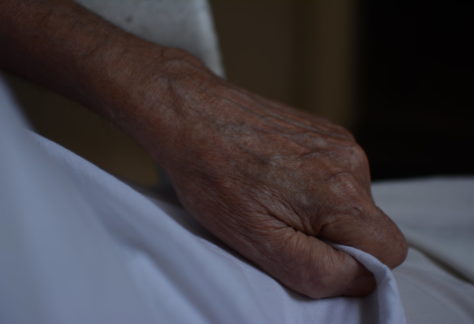 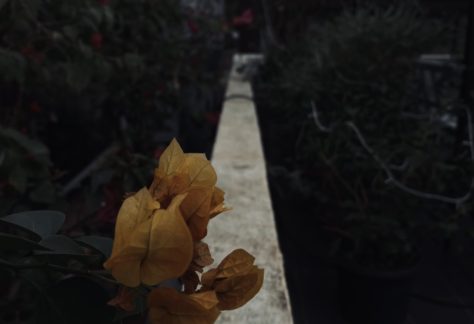 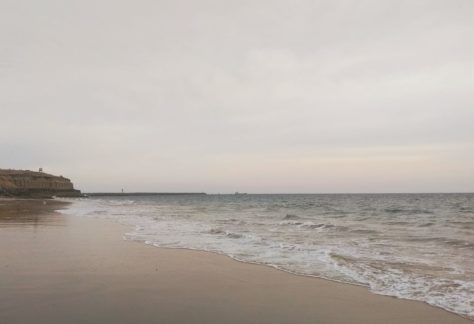 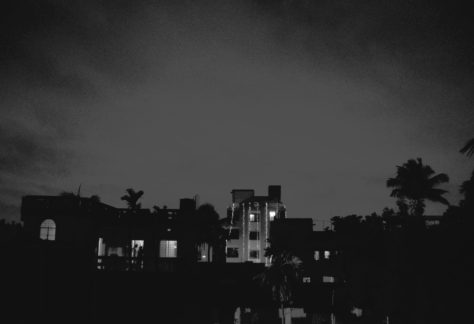 the lighter aspects of haunting