“The most honest song I’ve written about myself is one about me being in denial. I’ve used metaphors about pain and drugs. I think it’s the most honest I’ve ever been.”

Self-taught musician and singer-songwriter Aarifah Rebello’s first performance was at an open-mic concert. Since then, her achievements include playing drums with Madame Gandhi on her India tour and performing for celebrated Grammy Award Winner Yo-Yo Ma on his recent visit to Mumbai. She now describes herself as ‘only slightly awkward’, and says she can’t write music or think straight when her room is in a mess. She also believes that if you practice something 500 times, you end up being perfect at it.

After her captivating performance at PORT, her chat with us was full of self-conscious chuckles and focussed concentration, while we tried to unearth more of what makes this beautiful and talented musician tick. We found her to be most confident while speaking about her process – and which instrument she begins to visualise a song with. “It’s always been the guitar – I’m not a guitarist, but I use my guitar as an instrument to write my music. I studied drums and then I picked up the guitar – so I know the theory and how to play in different time signatures.”

Describing her music as ‘honest’, we ask her what the most honest song she has written about herself is and where we can listen to it. One that immediately comes to her mind is called Denial, a yet to be released track, about her mom and her being in a dark, depressed state. “I’ve used a lot of metaphors on pain and drugs as an excuse to hide the pain. Here’s how the lyrics go, ‘I don’t know what you think of yourself, you don’t know where to go, you say you cannot find yourself, you say you need to let go, but don’t let go.’ I think that’s the most honest I’ve been.”

Apart from her numerous and highly popular solo gigs around the city, Aarifah is also part of Ladies Compartment [drums and vocals], along with friends and band-mates Aditi Ramesh, Ramya Pothuri and Nandita V. It was an Instagram post that led her to what would become a unique and well-loved band. When asked what drew her to respond she says, “I saw Aditi’s post and instantly wanted to support her. I had heard of her, a new upcoming musician, a lawyer – performing at a lot of gigs. I’m always up for collaborating with anyone. I have made a lot of friends on Instagram, without knowing who they are – just to jam. Ladies Compartment happened similarly, by accident – we were just meeting to jam and it became a band.”

Aarifah finds positives in both being a solo act as well as part of a band. The best part about being with Ladies Compartment for her, is her band-mates – including Ramya who is now one of her closest friends. Although being solo gives her full control. “It’s great when it’s just me, for my solo set that is. When you’re in a band there are so many people’s opinions influencing your music. You start from A and it goes to K – before you know it.”

Not being one to attend gigs a lot, she’ll only make the effort if it’s somebody whose music she really enjoys or if it’s someone she doesn’t know at ALL and is curious about them. Her favourite gig was the Orange Festival Dambuk, “it was my first festival ever – and we were amongst scores of orange trees in Arunachal Pradesh. It was beautiful.” 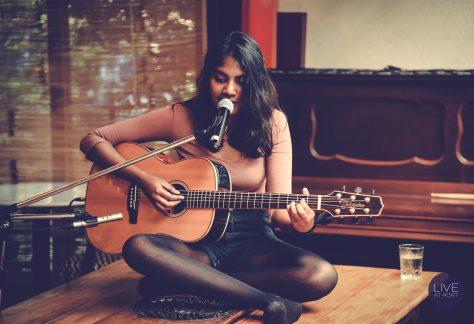 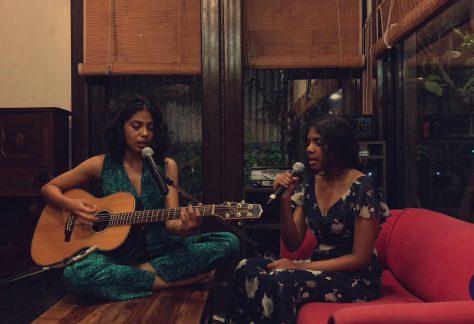 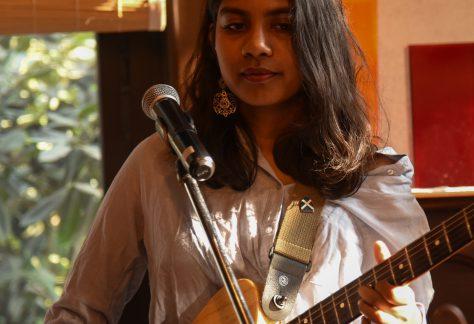 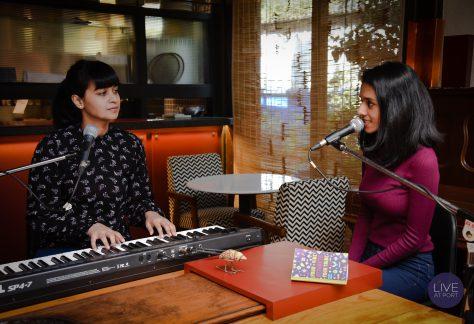