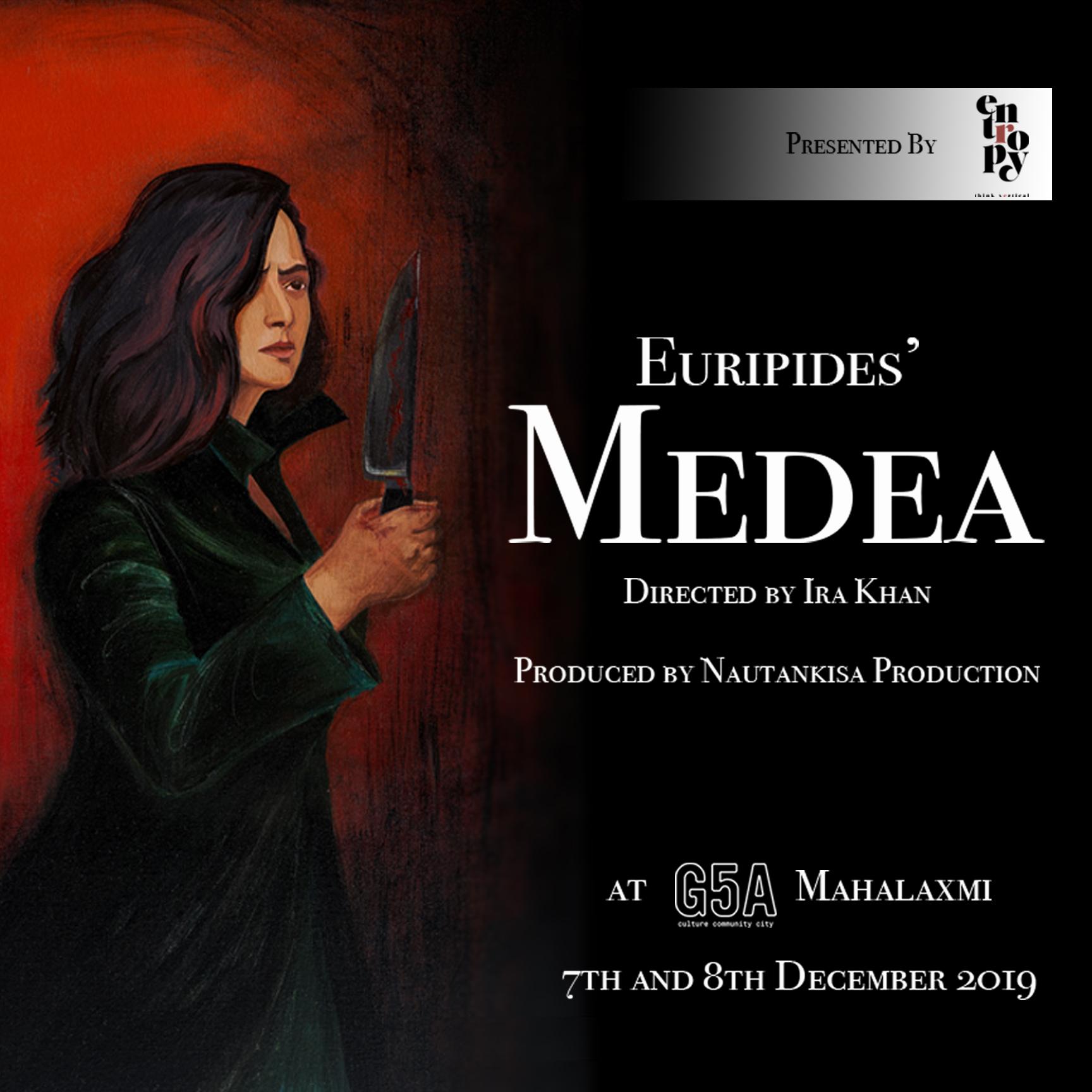 An ancient Greek tragedy written by Euripides, first produced in 431 BC. It is one of his few masterpieces to survive. In a way that only he could, Euripides wrote a tale of revenge that is still relevant.

Synopsis:
Medea is a sorceress enraged. Her husband, Jason, has left her to re-marry into a royal household. But, Medea is not one to bear the yoke without protest. She must plot revenge quickly, for time is not on her side.

Director’s notes:
Medea‘s character affects the people around her. How much you believe her, how much you sympathize with her, or how crazy you think she is.  The audience can get really involved and everyone has a different opinion about whether they’re on Medea‘s side or against her. It’s an interesting dilemma. There is also the chorus – a group of 6 women. They have a really big part in the play as the play gets to break the fourth wall in an interesting way. The chorus is kind of a part of the audience so the audience feel responsible for what’s happening on stage