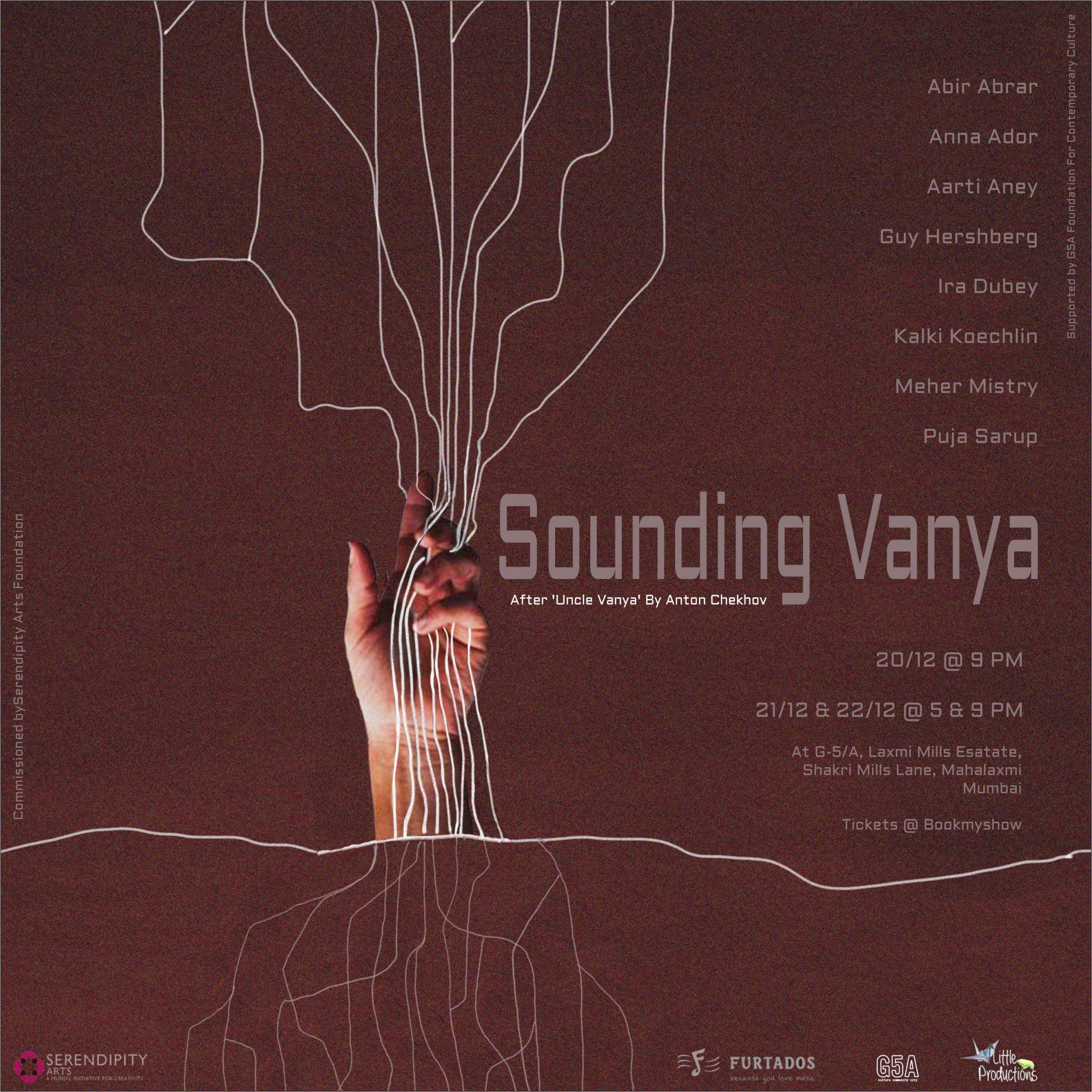 Synopsis:
[1] “Where the tune is familiar and the end emphatic – lovers united, villains discomfited, intrigues exposed – as it is in most Victorian fiction, we can scarcely go wrong, but where the tune is unfamiliar and the end a note of interrogation or merely the information that they went on talking, as it is in Tchekov, we need a very daring and alert sense of literature to make us hear the tune, and in particular those last notes which complete the harmony.” (Virginia Woolf)
[2] SOUND [v.1]: “to be audible, to produce vibrations affecting the ear,” early 13c. sounen, from Old French soner and Latin sonare, “to sound, make a noise.”
[3] SOUND [v.2]: “fathom, probe, measure the depth of,” mid-14c., from Old French sonder, from sonde “sounding line,” perhaps from the same Germanic source that yielded Old English sund, “water, sea.”
[4] ‘Uncle Vanya: Scenes from Country Life in Four Acts,’ an 1898 play by Anton Chekhov (1860-1904).
[5] Leo Tolstoy: “I went to see ‘Vanya,’ and I was appalled. Where’s the drama? The play treads water.”
[6] And Maxim Gorky: “One can’t clearly express what this play calls up in one’s soul, but I felt as I watched its characters as if I were being sawn in half by a dull saw. Its teeth go straight to the heart, and they make the heart clench, groan, cry out. I feel it to be something terrible. Your ‘Uncle Vanya‘ is an entirely new form of dramatic art, a hammer with which you strike at the empty skulls of the public.”
[7] And Chekhov himself: “The drama must either degenerate completely, or take a completely new form. We cannot even imagine what the theatre will be like in a hundred years.”
[8] In “Sounding Vanya,’ a pianist and a group of actors will interrogate Chekhov’s 120-year old text, dismantling it and rebuilding it to allow it to sound