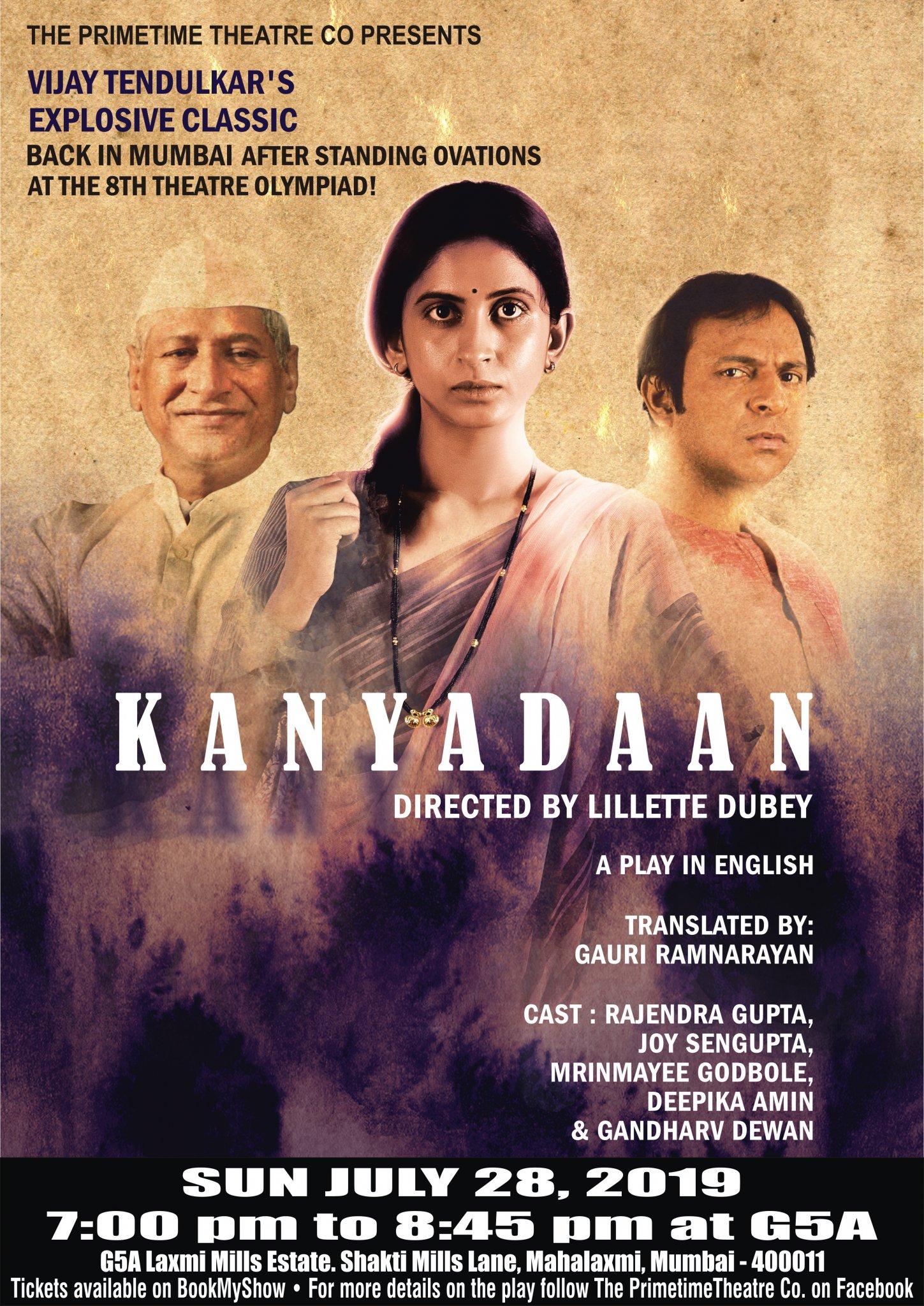 This multiple award-winning play, by one of India’s best known playwrights, VIJAY TENDULKAR, is one of his most powerful human dramas.

This revival, which has completed over 50 shows across India and abroad, to much acclaim, brings the story of a daughter’s transformation into a wife and a mother. A young woman from a politically active family that regards itself as progressive and liberal, decides to marry a socially inferior, but talented man. Tendulkar explores the texture of modernity and social change in India, through the forces this marriage unleashes.

The Primetime Theatre Co.,one of India’s leading theatre companies, was set up by its Artistic Director Ms Lillete Dubey, in 1991, with the objective of providing a platform for original Indian writing in English. The Co. has produced 23 productions so far, and has performed at several prestigious national and international theatre festivals. Most of its plays have also toured extensively in India and across the world.