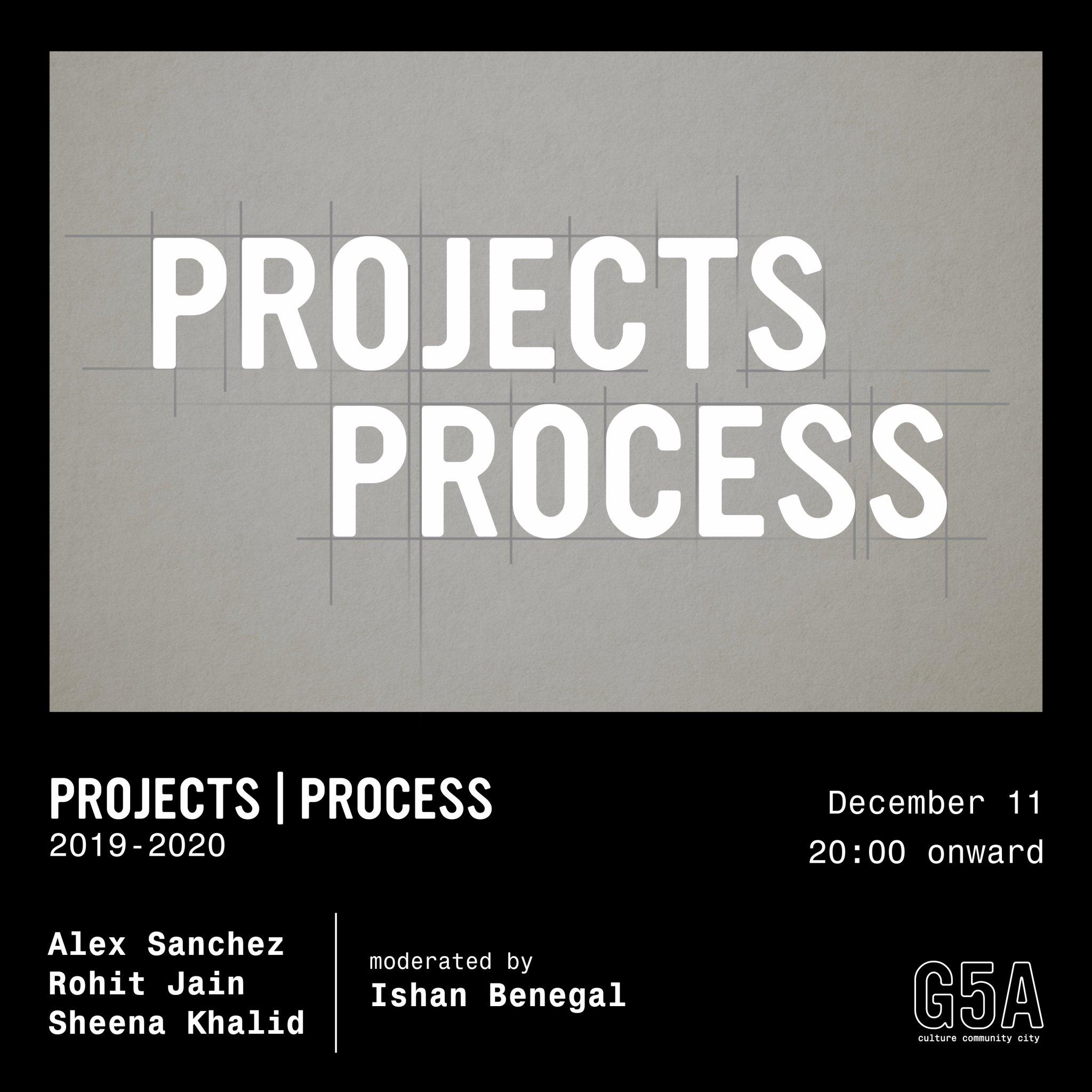 G5A presents PROJECTS | PROCESS #03 – a monthly series where we offer audiences a chance to experience the immersive voyage that artists traverse when creating a work of art. Artists, performers, theatre makers, designers and creative professionals meet and talk about the significance of process and its relevance to project-making in contemporary India.

This month, the speakers’ will explore the theme ‘Pentimento’ and its interpretation within their process. We have Alex Sanchez (Chef and Partner at Americano), Rohit Jain (documentary photographer and journalist), and Sheena Khalid (theatre director, actor, writer) this month. Moderated by Ishan Benegal (Associate Artistic Director at G5A). The event is followed by a moderated discussion and mixer at PORT.

In a world increasingly geared towards instant gratification and quantitative results, we invite you to take a pause and become a part of the transformational journey of rigour, riyaaz and relentless passion that is bound to bring hope, inspiration and rekindle curiosity about the artistic process!

Projects | Process, will be a monthly series as part of our new Season, and we hope it will revive the culture of deeper engagement with contemporary art and art making in India!

*Rohit Jain also has a photo exhibition currently on display at the G5A Study, which is free and open to all.

Alex Sanchez is a chef and restaurateur, originally from San Francisco. Having set-up The Table when he was 26, he has come back with his own restaurant in 2019 – Americano, at Kala Ghoda, Mumbai.

Rohit Jain is an Independent Social Documentary Photographer and short story writer, based in New Delhi, India. His works focus on human and life development photo stories and uses his photography as a form of activism. He is a grantee of Pulitzer Center on Crisis Reporting. Previously, he has worked with Indian English Daily Hindustan Times.

Sheena Khalid is a director, writer, and performer based in Mumbai. She has completed a two-year full time course in theatre creation from the London International School of Performing Arts (LISPA). She is the co-founder of the theatre company known as The Patchworks Ensemble, whose first production Ila was named as one of the `top five productions of 2014` by the Indian Express. She has also been part of the acclaimed show Tape AKA the Gentlemen`s Club which has been touring since August of 2015. She has collaborated with The Welcome Trust UK and The Asia Society to create specific commissioned works of theatre. Sheena has been associated with Rajat Kapoor`s Cinematograph on two shows – Nothing like Lear (technical team) and Macbeth (performer). Sheena conducts drama training workshops for adults, children and corporate organisations.