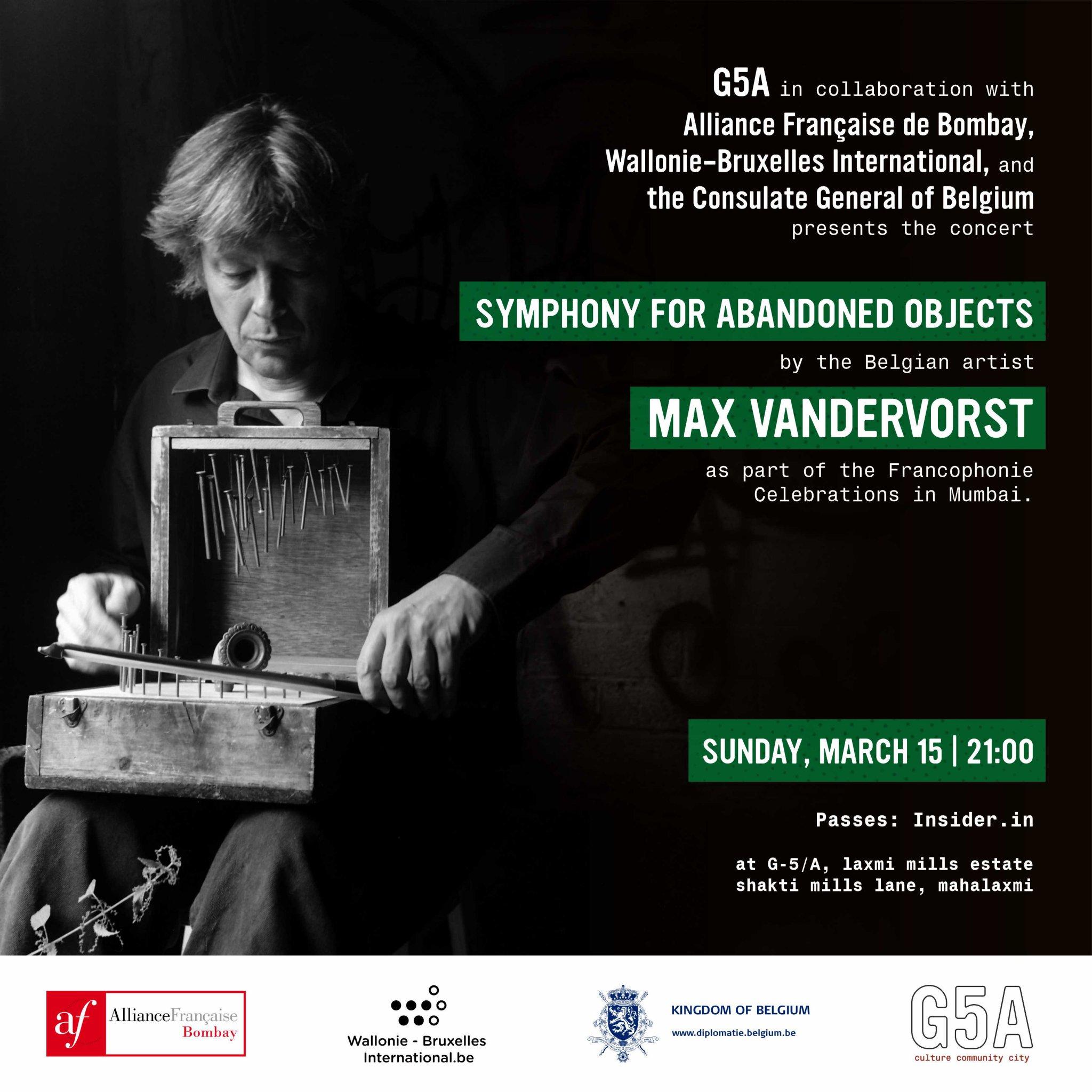 As part of the 50 year anniversary celebrations of  The International Organisation of Francophonie this March,
G5A in association with Alliance Francaise de Bombay, Wallonie-Bruxelles International, and
the Consulate General of Belgium presents a concert by Belgian composer and inventor of musical instruments, Max Vandervorst, live in Mumbai!

SYMPHONY FOR ABANDONED OBJECTS is a part of the Francophonie Celebrations in Mumbai.

Max Vandervorst is composer and inventor of musical instruments. Since 1988, he has put together a number of performances, showcasing instruments he created using a wide variety of objects as raw material : “Symphony for Abandoned Objects”, “Concerto for Two Bicycles”, “The Man from Spa”, “The paper orchestra”, have all been performed numerous times in many different countries.

He is also a prolific composer of stage music and the designer of the “Maison de la Pataphonie” in Dinant (Belgium). He has written several reference books dealing with “Unbridled Instruments”, which inspired numerous artistic projects in Europe and elsewhere. He frequently intervenes as an instructor at the CFMI (French university) and leads international workshops (Torino, Montreux, Barcelona, Paris).

We look forward to having you with us for an enchanting musical evening at the G5A Black Box!
Passes available on Insider!