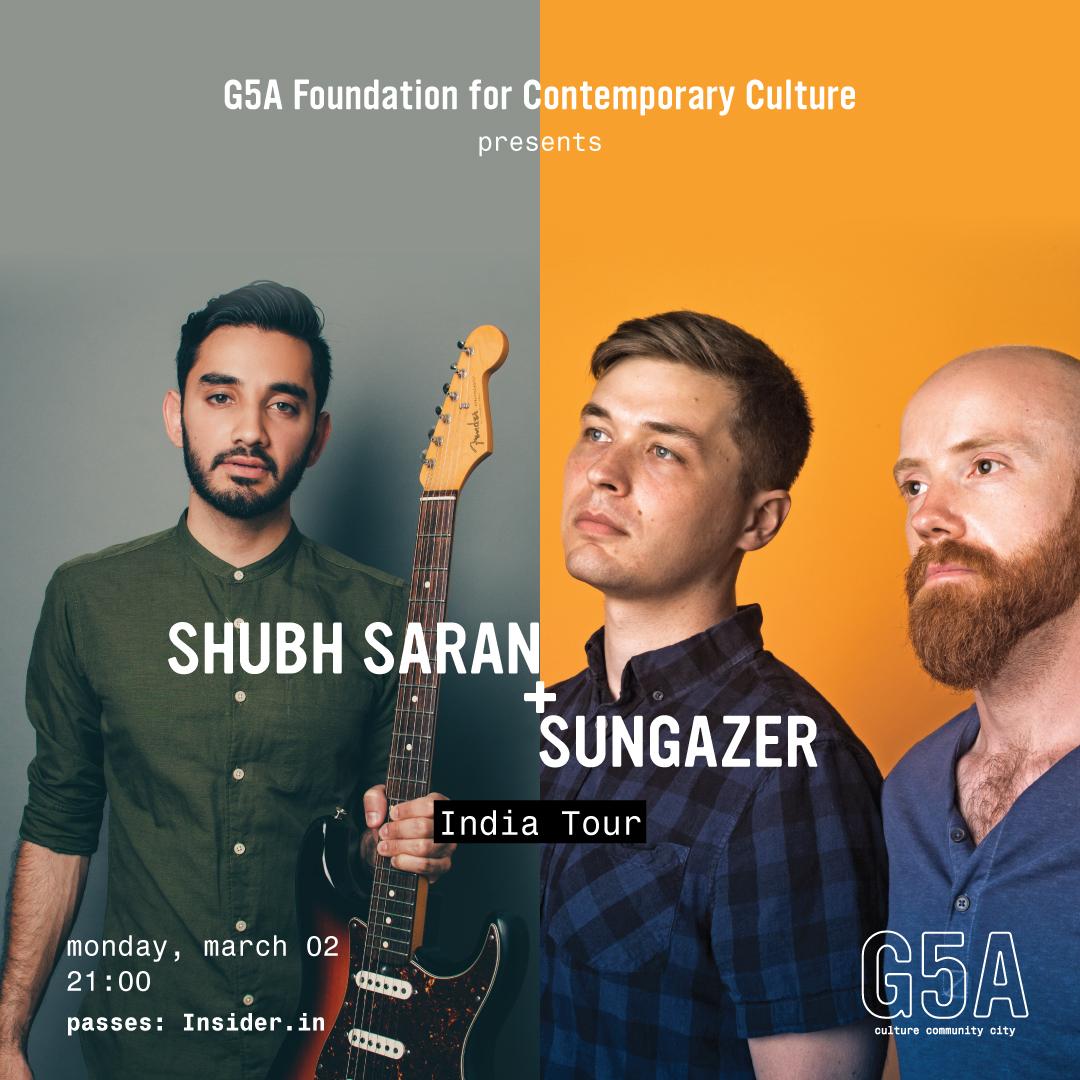 After selling out shows in New York, Boston, and Atlanta while on their co-headlining US tour, Sungazer and Shubh Saran are bringing their tour Shubhgazer to India for the first time!

Join us for the first (and only) show in Mumbai at the G5A Black Box – with brand new music and their unique blend of jazz, rock and future fusion.

Shubh Saran is a New York-based guitarist and composer who has performed extensively with his band across the globe including in the United States, India, Canada, Bangladesh, Vietnam and Mexico. Having grown up in six different countries, his career has been shaped by a mixture of influences. Shubh’s intricate compositions fuse sounds from modern jazz, neo-soul, and rock with classical and contemporary Indian music. On February 10th 2020, he released his latest EP Becoming. Shubh Saran is a multi-dimensional artist whose vision of an ideal career is one that has an evolutionary musical arc to it. Continually innovating, finding new ways of uncovering melody and harmony, and channeling his true self, are all key components that make up Saran’s identity as a musician and producer.

Sungazer is an international Future Jazz duo featuring YouTuber / bassist Adam Neely and drummer Shawn Crowder. Originally formed in Brooklyn, NY in July of 2014, Sungazer has brought their unique blend of hard-hitting Jazz Fusion, 8-bit, Progressive Rock and EDM to audiences in the U.S. and Europe. Sungazer explores the human element of improvisation within the context of modern electronic music. Exciting, hard-hitting, and never predictable, Sungazer creates music aimed squarely ahead into the 21st century. On January 7th, 2019 they released their sophomore EP entitled Sungazer, Vol. 2.