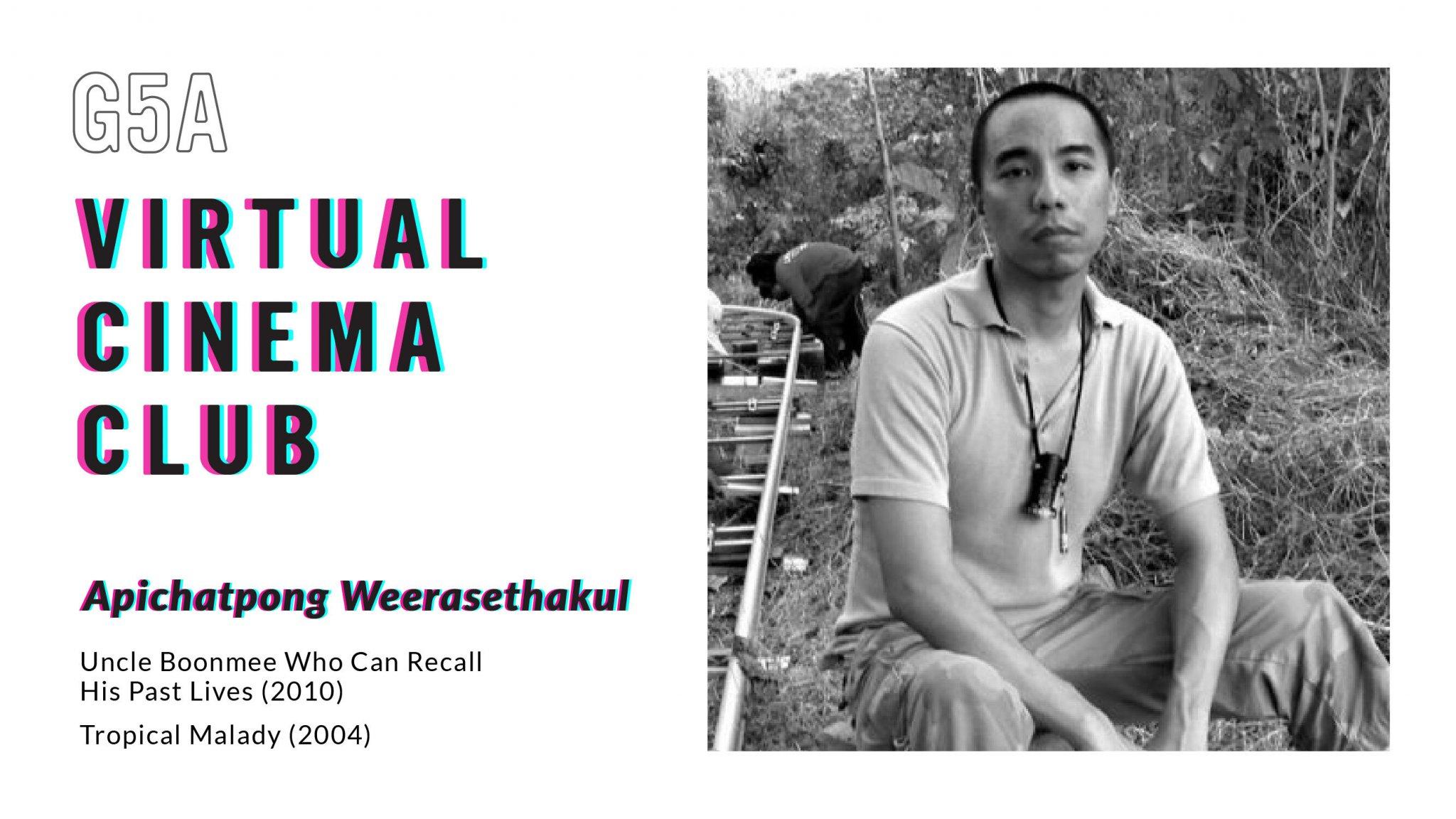 This week’s director is Apichatpong Weerasethakul  (Thailand), and the films we’re watching are:

Uncle Boonmee Who Can Recall His Past Lives
Tropical Malady