In the year 2020 the nether alleys of my mind grew in swallowing perspective and wrapped around my ankles. Old blue voices rasped and seethed at my coming. If I lingered too long, red-eyed guards would awaken and throw me in with them. I did not feel creative but I could trick the automaton that grew between my muscles and bones. This is how I built the raft.

My father probed the molecular secrets of plants. After his demise, traces remained in the vacuum of our house, in the form of countless texts and papers, specimen bottles, whiteboard markers and OHP sheets. Our home is a small menagerie of obsolete technology and sentimental people. Among the inanimate relics, there was an assortment of glass laboratory ware, to the bottoms of which still stuck fast the residues of experiments. Each conical flask immortalised a trial and an unexpected result. ‘Useless’ memories were the jetsam and flotsam that carried us on the tide.

After the meme waves had subsided and the dalgona froth had blown over, discomfort, the old devil gleamed on the horizon again. I grew frantic for words, a book, a dead hero. And then Camus walked by, his wise gaze fixed and his cigar lit, behind the millions of new ghosts. He whispered through stubborn ink ‘Create Dangerously.’ The plague has only raised the curtain on the fragility of our existence. We were always fragile.

A Lethal Raft is a memory of landscapes, doomed to float and hard to perish- it’s a microcosm of the environmental and humanitarian crisis. It is the same unwieldy plane on which human brilliance sails, on which ideas are projected, formulae are worked and reworked. Scientists, poets and artists keep rowing the craft with hope. It encases specimen and sentiment but in solitude is flimsy, hopeless, a contradiction, a memory doomed to float forever.

The lethal raft is made of plastic paper, an unassuming product that outlasts its parent, the Overhead Projector. It is polluting, but for the pondering artist the surface is vaguely useful. 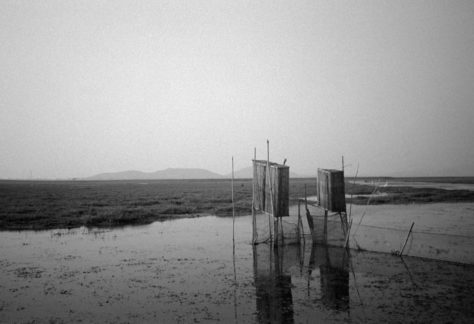 what a joy it is to see 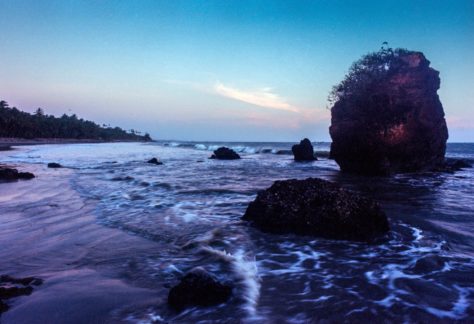 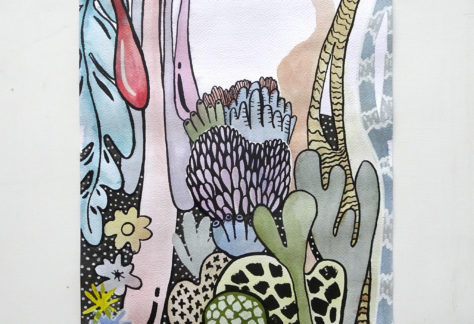 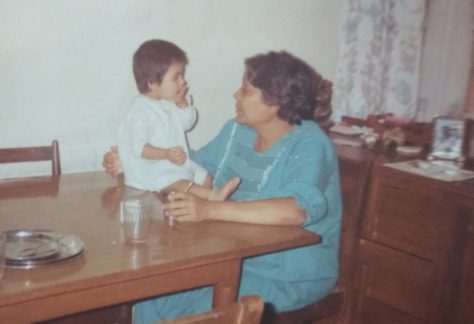