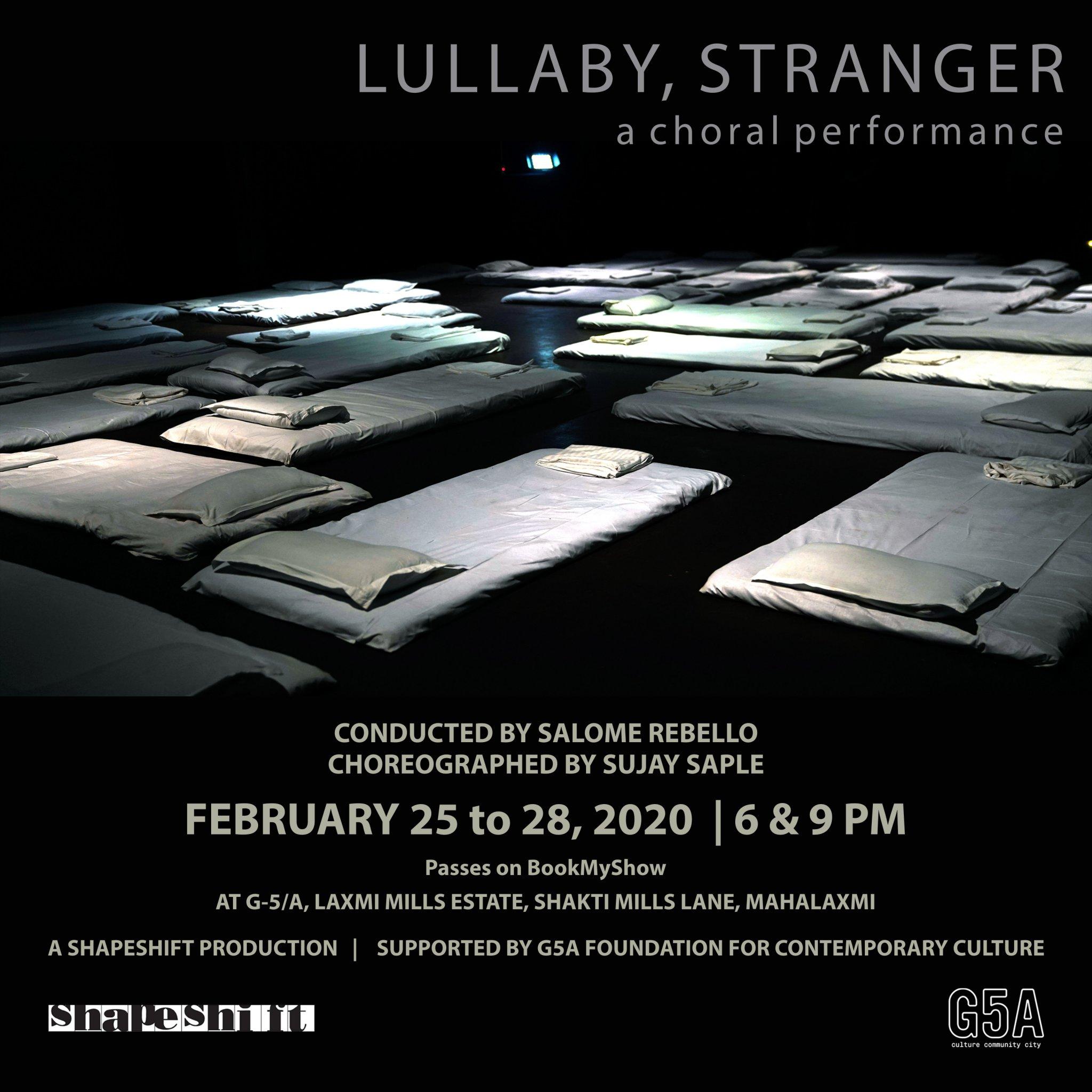 Lullaby, Stranger combines the experience of a choral music concert and a theatre performance. In a single room, 40-50 audience members are invited to lie down alone. The person on the neighbouring mattress will likely be someone they do not know. In this intimate, yet public, environment, the audience listens to the concert.

A vocal choir, comprising 10-12 singers/performers mediates the audience’s sensory experience. The singers move in a carefully choreographed design, which continually shifts the source of the sound as perceived by the audience. The singers sometimes stay along the walls of the room, surrounding the audience, and at other times, move between them, or lie beside audience members, or sit close to them and sing in whispers. In these movements, the singers (along with their music) appear and disappear, becoming more intimate or increasingly unfamiliar. Soon, the room becomes a site of a ritual of mass privacy, in which audiences undergo a sensory experience that creates and challenges at different times their feelings of privacy, collectivity, isolation and solidarity.

The lighting shifts between low visibility, blinding brightness, and absolute darkness, further complicating and intensifying the sensory progression—the relationship between performer and spectator, and between the spectators themselves is constantly rearranged to stir moments of both tenderness and discomfort.

Designed and Choreographed by Sujay Saple