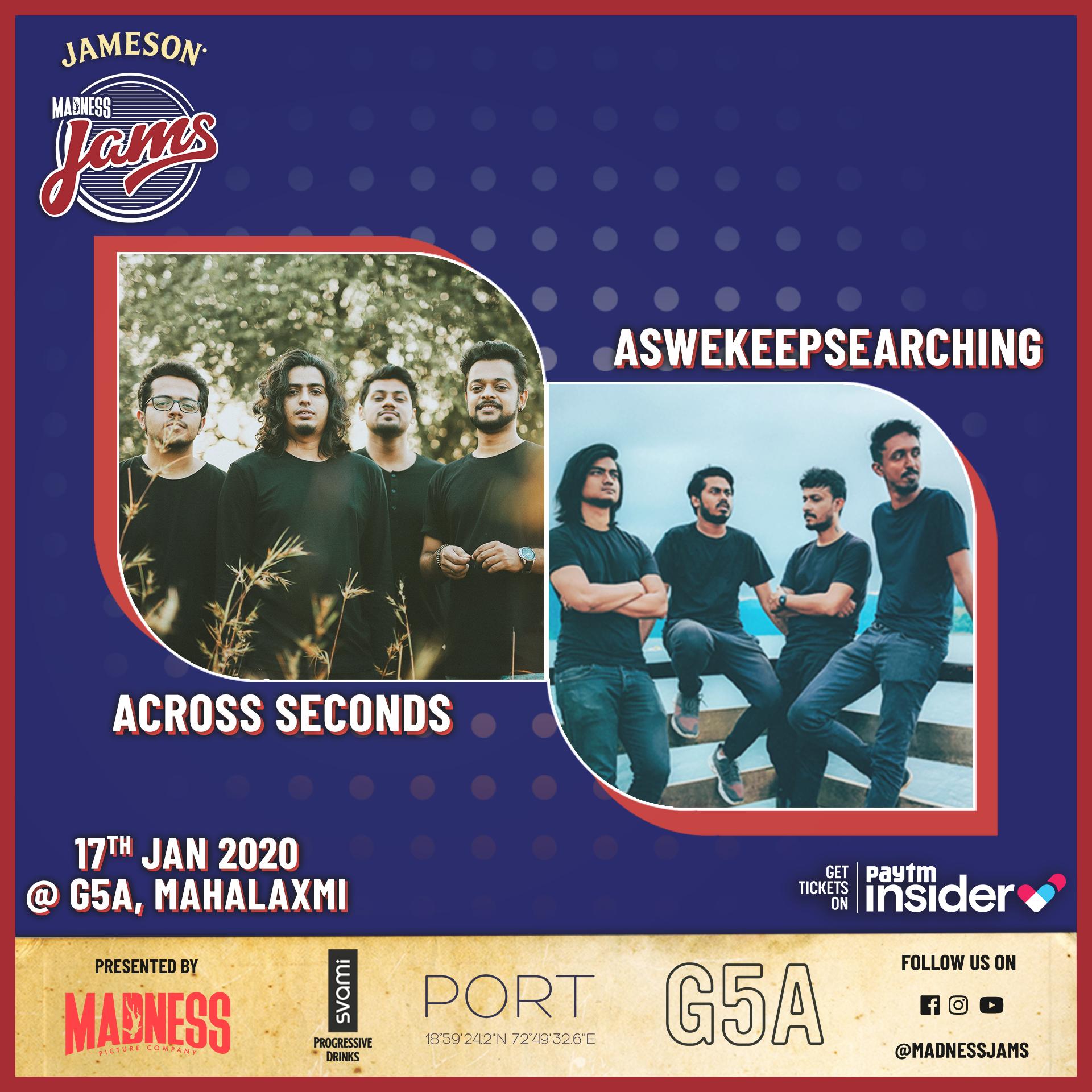 Madness JAMS in collaboration with G5A is back with yet another live intimate music gig in the city!
Come join us for an amazing Friday evening with your close friends for some cocktails and good music! These sessions are presented in partnership with Jameson Irish Whiskey.

As We Keep Searching
This is a modern Post-Rock band expressing emotions, life experiences and feelings in the form of instrumental music paired with vocals. Formed in 2013, with their roots as Ahmedabad in Gujarat, this quartet comprises of Uddipan Sarmah [vocals/guitar], Shubham Gurung [vocals/keyboard], Robert Alex [bass], and Sambit Chatterjee [drums].

Across Seconds
Across Seconds is Dhawal Mehta, Karan Mehta, Kiran Kadadekar and Swar Joshi. Formed in 2016 in Mumbai, India, they decided to move beyond the clemency of spoken word and let their instruments speak for themselves. Ever since its inception, Across Seconds has always aimed at creating beautifully structured pieces of music that seem like a variegated dance between dreams and reality and take their listeners on a journey from oblivion to tranquility.

Their debut album ‘Four lightyears from Home’, released in September 2018. It is a concept album built around a human attempt to surpass the bounds of atmosphere and explore the universe to find an alternate; the alternate planet fit to sustain life, a solution to their impending doom. But were they really onto the path that would set years of human exploitation of nature straight or were they just Four Lightyears from Home? The record exhibits every ounce of catharsis, self-reflection, oneirism and fond hope that the people on the mission would have felt throughout their journey for greater good.