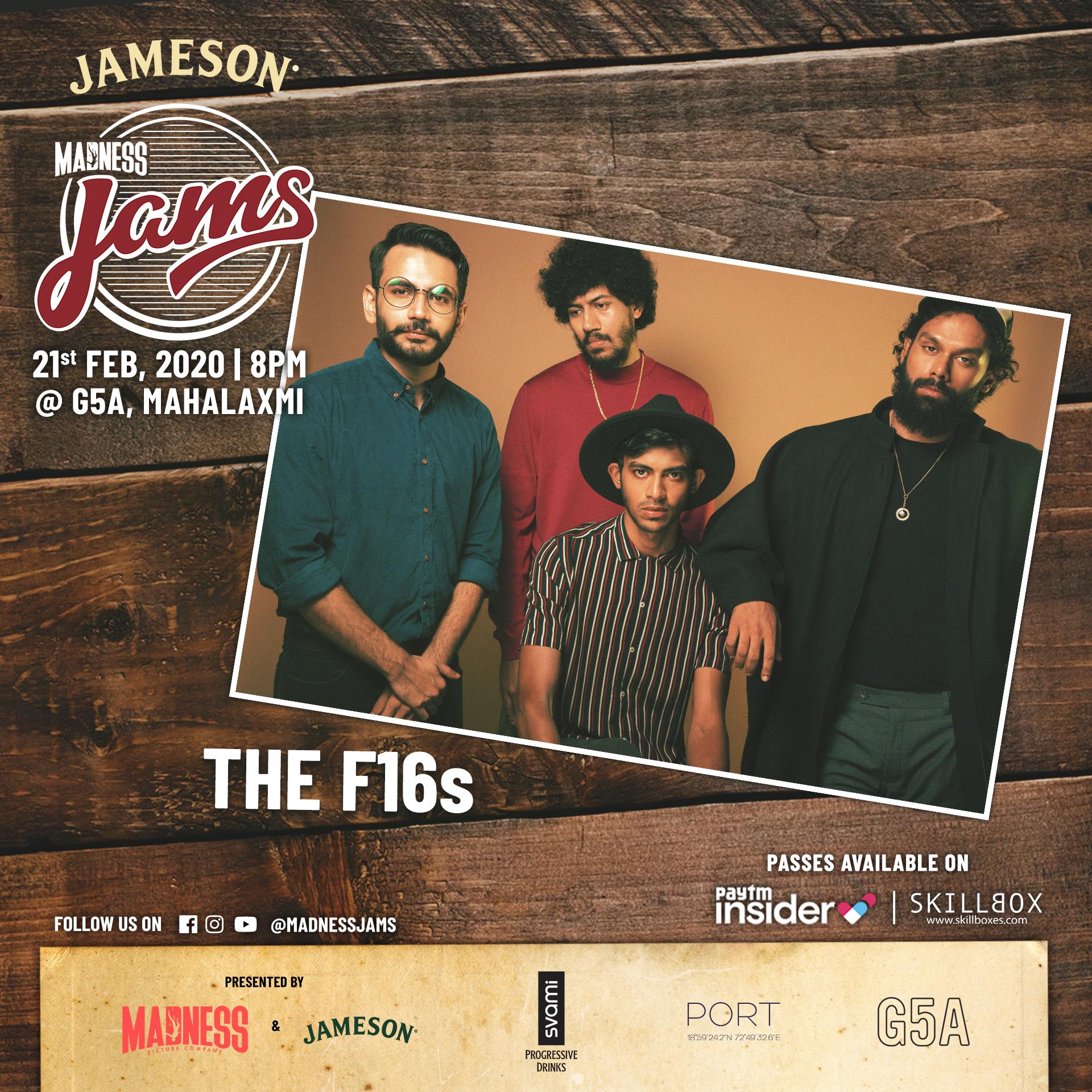 Madness JAMS: The F16s and

Madness JAMS in collaboration with G5A is back with yet another gig in the city!
Start your Friday evening on the perfect note with an intimate live music session, alongside Jameson Irish Whiskey‘s delectable cocktails.

The F16s are an alternative band hailing from the port city of Chennai, India. Their music, echoes the melancholia that grapples with the mundanity of everyday life in a town that serves very little outside of itself. Lyrically driven, the ‘sound’ of the band rests in an arc that also includes acts like LCD Soundsystem, Julian Casablancas and the Voidz and The Horrors; beat-driven yet innately melodic. The band already has a couple of prior releases attached to them: a 6-song EP released in 2013 called Kaleidoscope, and a 2-track recorded in Brooklyn, New York called Nobody’s Gonna Wait. The band has now released their debut full-length album, Triggerpunkte; a nine-song offering that was recorded in Chennai and Mumbai for over a year. Both lyrically and musically, the album meanders between reverb-heavy sentimentality and fast-paced assault. Triggerpunkte is a reaction to the bands previous efforts where we explore the bands identity. the outcome is a populist, experimental, healing, agitating, straightforward, highly polished, and multi-layered album.

Opening artists Corner Café Chronicles is an electro alt rock band from Mumbai, amalgamating sounds from different genres into one cohesive machinery, drawing inspirations from psychology, pop culture, anime and social issues;We aim at using our audio visual communication as a medium to inspire change in the minds of the people.

Madness JAMS is a live music recording property that provides artists and music lovers intimate music sessions across India. It provides a curated programming alongside online content produced and marketed with established partnerships.