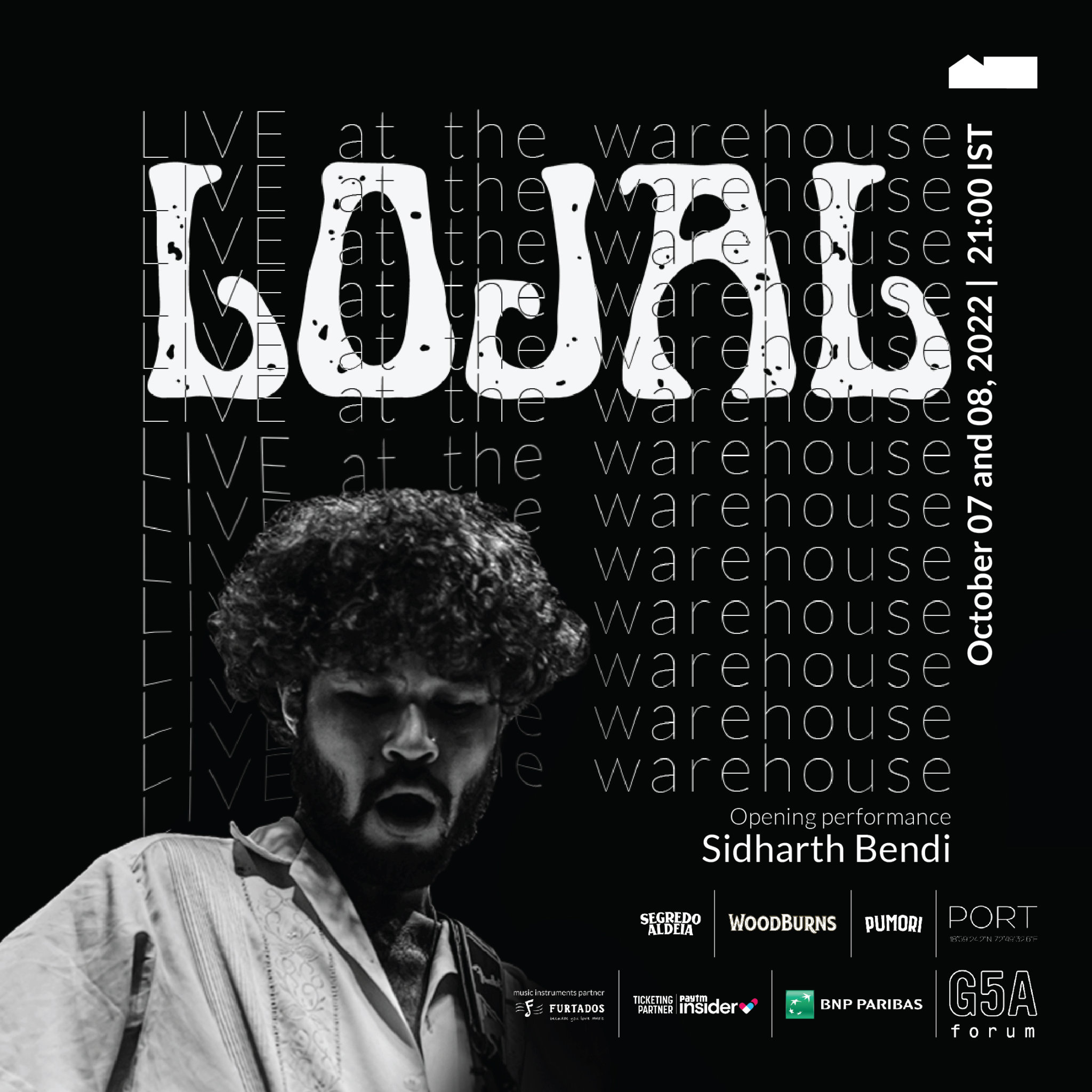 LOJAL Live at the warehouse

Live at the warehouse, a performance series, brings together independent artists to amplify new sounds and divergent thoughts through music, comedy, and multidisciplinary experiences.

We begin our first concert of the season with LOJAL.

LOJAL (pronounced Loyaal) is the musical brainchild of Martin J. Haokip – a musical connoisseur and artiste born in Manipur, India.
As a singer-songwriter, rapper, producer, and musician, he is a fine example of pushing bars and boundaries when it comes to his art.
Apart from performing at festivals, Lojal has six national tours, a critically acclaimed debut album “Phase” which got dubbed the BEST DEBUT ALBUM award 2020, India (AHH), and the BEST MALE VOCALIST, 2021 (IMA), and mentions from Rolling Stones India, Wild City, Homegrown, and more.
He will be accompanied by Alan Santosh on guitar and Abhishek Debsikdar on drums.

Sidharth Bendi opens the performances. Singer-songwriter and music producer, Sidharth Bendi is on the path to becoming a household name in India. He has released 2 EPs, featured at multiple speaking events including TEDx and Josh Talks, and has worked with musicians all across India.

The evening promises to be really exciting with cocktails courtesy Fullarton Distilleries and a delectable menu by PORT Kitchen & Bar.

Live at the warehouse is supported by BNP Paribas India Foundation.
We are also joined by ticketing partner Paytm Insider and instruments partner Furtados Music.