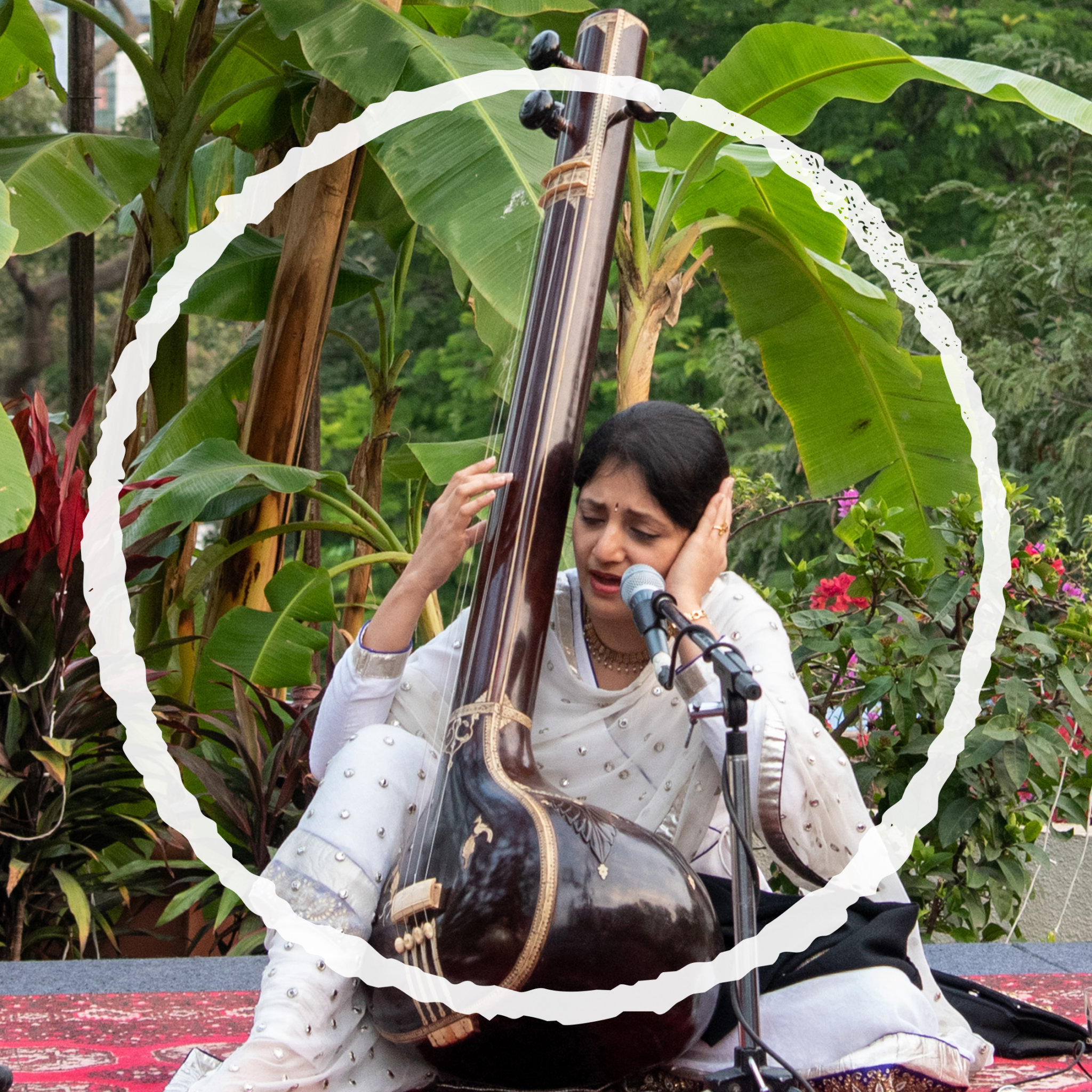 “The sam as a shastra brings discipline to any kind of creative repertoire. It works as a tool to aid an artist in the unending vista of exploring the bhaav of an atmosphere. It beautifully establishes the completion of one dialogue – and gives me a definite point to start a new one,” Tejashree’s take on how sam, the first beat of a rhythmic cycle, plays such a critical role in channeling your thoughts and creative expression while performing.

G5A forum is proud to present Morning Riyaaz, a series of concerts featuring artists from different schools of music. Through this series, we hope to revive the relevance of pre-dawn discipline and invite audiences to experience the nuances within Indian classical music. This session we have Tejashree Amonkar, a proponent of Hindustani Khayal music of the Jaipur Atrauli Gharana, who concentrated her creative aspirations towards music under a guru none other than her grandmother Gaana Saraswati Late Smt. Kishori tai Amonkar. Tejashree is accompanied by two of the most promising emerging musicians in the industry – Siddhesh Bicholkar on the Harmonium and Yati Bhagwat on the Tabla.

Join us on June 20 at 0630 IST for the premier of Morning Riyaaz with Tejashree Amonkar on our YouTube channel.

Morning Riyaaz is supported by the G5A A.R.T. Fund and the Kshirsagar Apte Foundation – we’d like to thank all the donors for their consistent support.